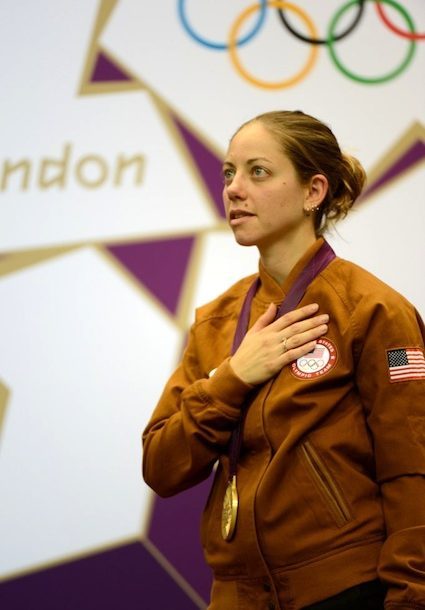 Gray established Olympic records in the qualification (592) and final (691.9) portions of the event, which includes shooting from prone, standing and kneeling positions.

On the next to last shot of the final round, Gray recorded her worst score (8.9) of the day, but she closed with her best shot (10.8) of the finale to seal the victory with a flourish.

“It was almost a little bit of relief, honestly, ” said Gray, 28, of Phenix City, Ala. “I’ve dreaded that last shot for four years, and it’s amazing to have it come through and be a good shot.

“It looked good and it felt good, so it was awesome. After shooting an 8.9 on the next-to-last shot, you want to come back from that one, and that’s what I did.”

Gray realized she could secure the gold after shooting 198 in standing. She opened with a 198 in prone and finished with a 196 kneeling.

“After I shot a 198 standing, I was like, ‘OK, here we go. This is a good one.’ The kneeling was probably the hardest thing I’ve ever shot – 20 shots kneeling and I got through it great. I can’t ask for a better kneeling today. It was windy and I had one bad shot that just got away from me in the wind.

“Other than that, I took just great shots. Every shot was a good shot. After that, I knew that’s a big one and I have a chance at this.”