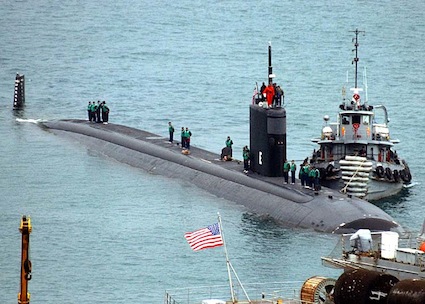 By 2020, the Naval Submarine Base (Groton, CT) is expected to have two squadrons with six attack submarines per squadron, instead of the 16 submarines it has today.

The naval station in Norfolk, Va., will have fewer submarines in the future, too, while the base in Kings Bay, Ga., will not be affected by the rebalancing since ballistic-missile submarines need to remain there as a strategic deterrent, Adm. Jonathan W. Greenert said.

Greenert was in town for a classified conference on undersea warfare technology.

“We’re pretty well set up to execute this strategy, and now we have to evolve and make that rebalance that is called for,” Greenert, the chief of naval operations, said in an interview at the base.

Read the rest of the report at The Day.