The idea for the Thermal Device Simulator was propelled by the 2012 SHOT Show and was the brain child of ATN’s technology and product guru, Mr. Scott Henry, who wanted the ability to demonstrate the ThOR Weapon Sight beyond the confines of the show. Mr. Henry envisioned something that could be viewed online, while portable enough for dealers to install or link from their own websites. 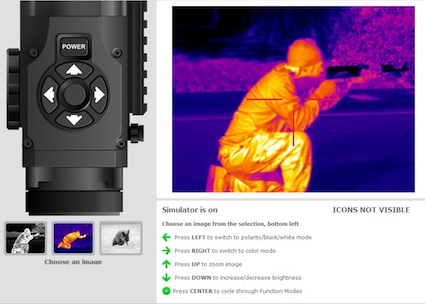 The Thermal Device Simulator allows anyone to try out the ThOR Weapon Sight from the comfort of their own home on their own computer or IPAD. Future plans for the simulator include various Android devices and smart phone application which will be available to stores that sell ATN products (release date TBA).