October 10 to 12, the Association of the U.S. Army’s 2011 Annual Exhibition filled the entire Walter E. Washington Convention Center in Washington, D.C., for the first time, with more than 600 exhibitors representing defense corporations, government agencies and military forces from the U.S. and many other countries. The exhibits display hundred of products, programs, systems and services ranging from simple nuts, bolts and fasteners to advanced missile systems and state-of-the-art computers and digital systems. Nearly 40,000 soldiers, government officials, media representatives and civilians attended the event, the 61st since AUSA’s founding in 1950. Far too many products, old and new, were featured at the exhibit to mention here, but the following sample of innovative military technologies demonstrates that the U.S. Army continues to support one of the most energetic and wide-ranging research and development efforts in the world. 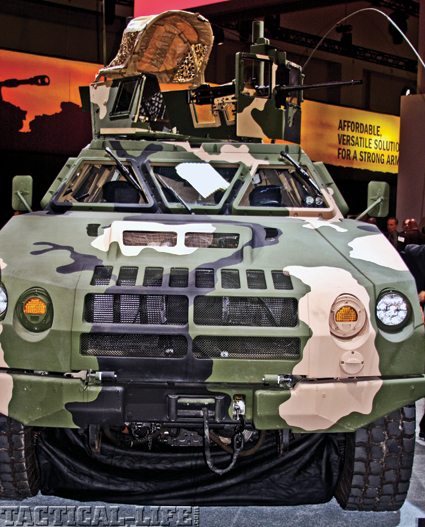 The BAE Valanx is one of the competitors for the Joint Light Tactical Vehicle program.

Bright Arrow APS
RPGs and other shoulder-fired weapons are pervasive threats for lightly armored military vehicles. To counter the threat, General Dynamics and Israeli Military Industries (IMI) have joined forces to produce Bright Arrow, an active protection system (APS) that combines soft- and hard-kill capabilities to neutralize incoming missiles. Bright Arrow incorporates a sensor suite that detects threats and engages a “soft-kill” capability, which directs an electro-optical jammer to disable a controlled weapon’s tracking and guidance system, or, if necessary, the “hard-kill” system that launches ordnance to destroy close-range RPGs or guided missiles at a safe distance from the platform. The Bright Arrow system is contained in a pedestal that can be mounted on top of a vehicle to provide 360-degree coverage and includes a remotely operated light machine gun. The system is fully capable day or night. 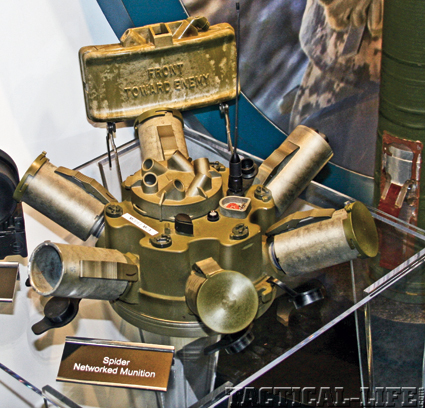 The Spider integrated munitions system can launch grenades to cover a 360-degree perimeter.