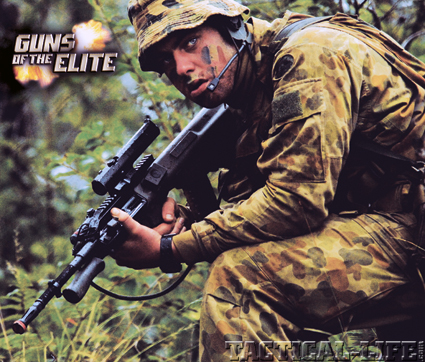 I was first acquainted with the Australian military’s small arms program through the U.S. Army Reserve Shooting Team. Having competed with their shooters at NATO-sponsored events, I found them to be quite skilled. That’s no surprise—all the major member states of the Commonwealth have first-class militaries. In fact, the procedures and courses of fire that comprise NATO combat competition were first invented in the Commonwealth and these soldier-shooters are the ones to beat. During a visit to Victoria, I had a chance to visit three Australian military facilities. 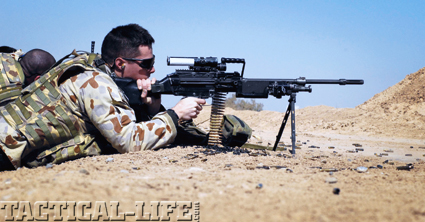 Australian-issued F89 machine guns (FN Minimi or M249) wear the same optic as the F88. ADF troops use this as an automatic rifle like U.S. forces, but some consider the Aussies’ training approach to be a bit more rigorous.

The Australian Defence Force (ADF) consists of the Australian Army, Royal Australian Navy and Royal Australian Air Force (RAAF). The ADF has a strength of almost 60,000 full-time active-duty personnel, 22,000 active reserves and 22,000 standby reserves. While small by U.S. and Asian standards, the ADF is technologically sophisticated and, man-for-man, rivals the best militaries around the world in terms of equipment and training. The ADF is supported by a significant budget and the ability to deploy worldwide. 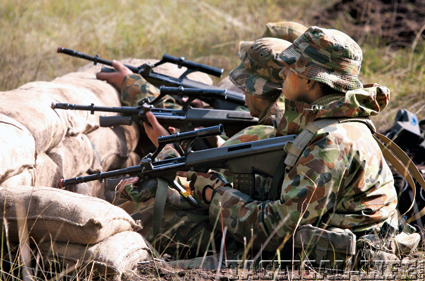 The ADF recognizes up to a dozen official qualification courses for each weapon. These LF (Live Fire) courses for rifle, automatic rifle and pistol are chosen based on the individual soldier’s unit of assignment. 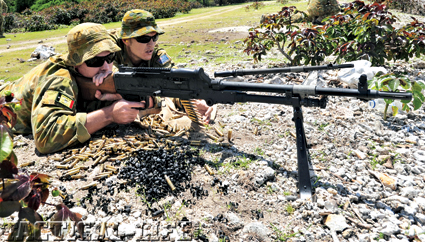 As with other Commonwealth militaries, the ADF still maintains good gunnery skills for MGs. Gun teams learn gunnery from the bipod and tripod for sustained fire. 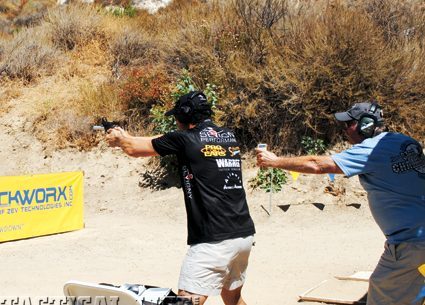