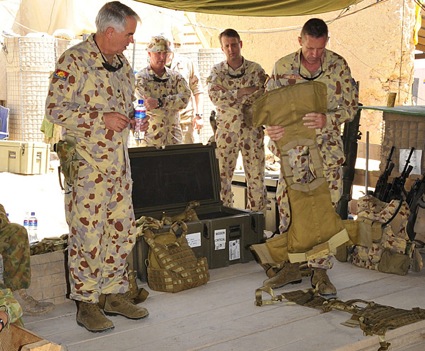 The first batch of the new Tiered Body Armour System (TBAS) for Australian soldiers in Afghanistan has come off the production line at Australian Defence Apparel (ADA) in Bendigo, creating an extra 50 local jobs.

“At the moment our soldiers in Afghanistan wear either the Modular Combat Body Armour System (MCBAS) or the Eagle Marine body armour.

“MCBAS body armour is very effective, but it’s heavy. It was designed for conditions in Iraq where troops weren’t regularly required to patrol on foot.

“In Afghanistan the feedback from troops was it made it difficult to move around and do their job, so Defence made an urgent purchase of the lighter Eagle Marine body armour last year from the United States.

“The new TBAS is lighter than both. It also allows troops to insert different types of ballistic plates in the vest depending on their mission.

“Because it is Australian-made and we own the design we can also make adjustments and improvements at any time to suit the needs of our troops.”

Mr Clare said Defence was planning for soldiers from Mentoring Task Force 3 to train in this body armour in April as part of their Mission Rehearsal Exercises and deploy with it when they head to Afghanistan later this year.

“ADA will produce around 1,600 tiered body armour systems over the next few months,” Mr Clare said.

“Over the past 18 months TBAS has been tested and evaluated by Special Forces, Navy clearance divers and soldiers from the 1st Brigade in Darwin, 3RAR in Sydney and 2 RAR in Townsville.

“They told us this was the body armour they want to wear in Afghanistan.

“They said it integrates better with their combat equipment and provides much greater freedom of movement, especially around their shoulders. This enables soldiers to get into better firing positions and manoeuvre more freely on the battlefield.

“The protection of our frontline troops is our top priority. That’s why Defence and ADA have developed, tested and produced this new body armour.

“The workers here at ADA can be very proud of the work they are doing. It could save a soldier’s life.”

Mr Clare said ADA had a long and proud history of involvement with the Australian Defence Force.

“For almost a century ADA has been supporting Australian troops and local jobs.” 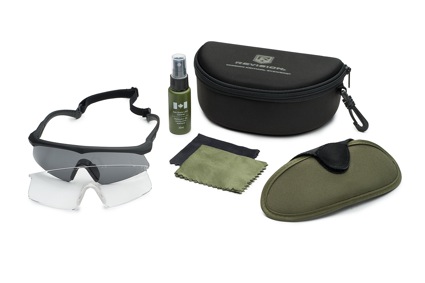