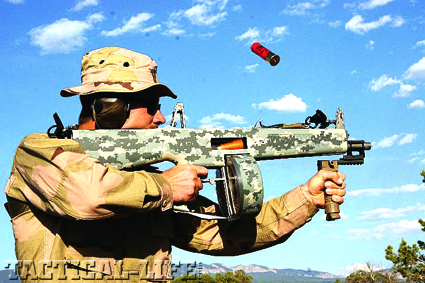 Almost 40 years ago the late Max Atchisson developed a unique combat shotgun called the Atchisson Assault-12 (AA-12). A selective-fire weapon, the AA-12 fired from an open bolt and used either an eight-round box magazine or a 20-round drum. Atchisson also developed a prototype 40-round drum magazine, but kept it housed in a box to conceal exactly what it looked like.

Using a revolutionary design, the AA-12 had a straight-line synthetic stock with an integral pistol grip consisting of right and left sides that mated together when assembled. Being gas operated, the gun used a long stroke piston, and it locked in battery with a vertical lug similar to some sporting semi-automatic shotguns. On its exterior, the AA-12 somewhat resembled the AR-15 rifle, which probably influenced its configuration. The gun also used a vertical, trigger-like cocking handle like the AR-10. The AA-12 fired at the rate of about 350 rounds per minute.

In 1987, Atchisson sold the rights to the AA-12 to Mr. Jerry Baber, of Military and Police Supply (MPS), Inc., in Tennessee. A brilliant engineer with a long history in the firearms business, Baber is also one of the world’s foremost experts in high-precision cast steel parts. Several of these guns have been demonstrated to United States Marine Corps and other branches of the Military with very favorable results. In 2007, I took an AA-12 to Gunsite and let 25 U.S. Marines shoot it. To a man, the Marines raved about the gun as an excellent tool for close combat. 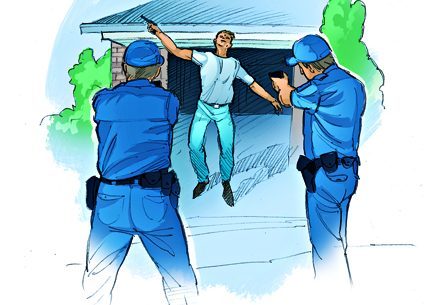