by David Agata
in Guns, Rifles
0 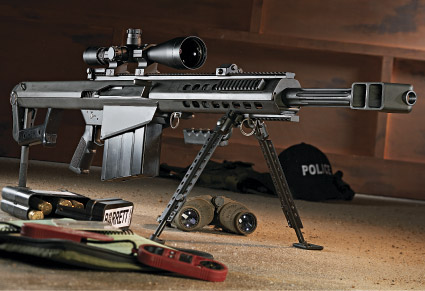 The City of Coral Springs is located in the northwest corner of Broward County, Florida, with the City of Fort Lauderdale just east, Palm Beach County to the north and Miami Dade to its south. This 43-year-old city has grown to a population of 130,000-plus and is protected by its own police department of 200 officers. The Coral Springs Police Department has maintained a Special Response Team since 1984, which has strived to exceed industry standards in all aspects of training and equipment. This would include the sniper element of the team.

During the spring of 2003 our team was assigned to protect a foreign dignitary visiting our city for a few hours. This detail involved protecting a house of worship in our city where the dignitary had a speaking engagement. As with many operations like this, the snipers were first in and last out and assumed the high ground to maintain a position of control. In this case it was the roof. The site was located on one of our city’s main roadways and we had set up a lane squeeze, which pushed traffic away from the site.