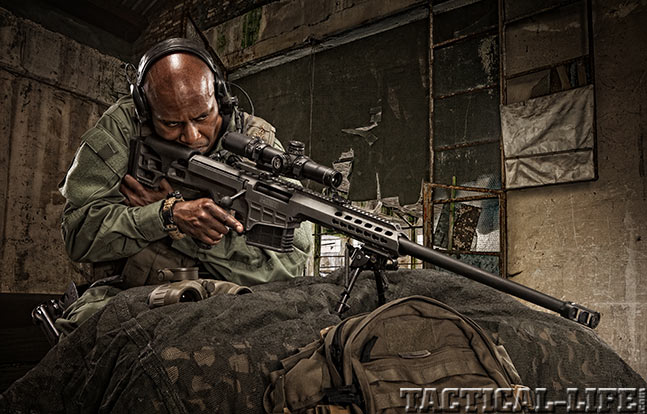 The Barrett 98B Tactical
Comment(s)

Barrett recently unveiled a new 98B bolt-action rifle built specifically for the .300 Winchester Magnum cartridge. In the upcoming August 2014 issue of SPECIAL WEAPONS FOR MILITARY & POLICE, author David Bahde took it to the range and reported his results.

Bahde writes, “Barrett firearms have always been reliable and well built; they’re truly designed for operation in the field. I recently tested the new REC7 Gen II, and it was one of the nicest AR-platform rifles I’ve ever handled. I’ve also spent some time behind an MRAD, so I definitely looked forward to testing the 98B Tactical in .300 Win Mag.

“Removing the 98B Tactical from its box, I immediately noticed its balance and similarity to the MRAD. Their magazines look the same, and their buttstocks and overall feel are similar. But with the 98B, there is no folding stock or caliber interchangeability; it is a simple precision rifle with proven features and no bells or whistles.

“The exterior of the rifle is smooth, with no sharp edges. Instead of fixed rails, the handguard has KeyMod insertion points along the 3, 6 and 9 o’clock sides. The rifle also features a 17-inch-long top Picatinny rail with a 20-MOA offset for increased scope range. There is plenty of room to mount a large scope in conjunction with most night vision. The heavy, 24-inch barrel features a match chamber and a 1-in-10-inch twist rate. It is capped with a Barrett muzzle brake. Weighing in at around 11 pounds (unloaded), the 98B Tactical is light compared to other precision rifles in this caliber.

“The 98B Tactical utilizes a polymer, 10-round magazine that is released via a toggle in front of the triggerguard; it’s easy to reach with either hand. The rifle also has one of the smoothest-feeding actions I’ve ever tested. The large bolt knob provides for easy manipulation in any condition, and the polymer bolt guide helps keep dirt out of the action.” 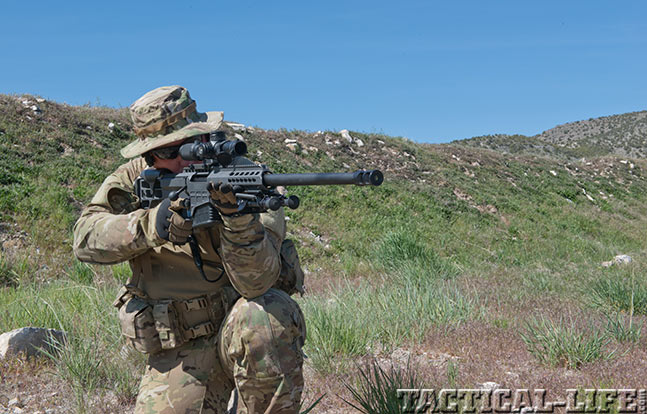 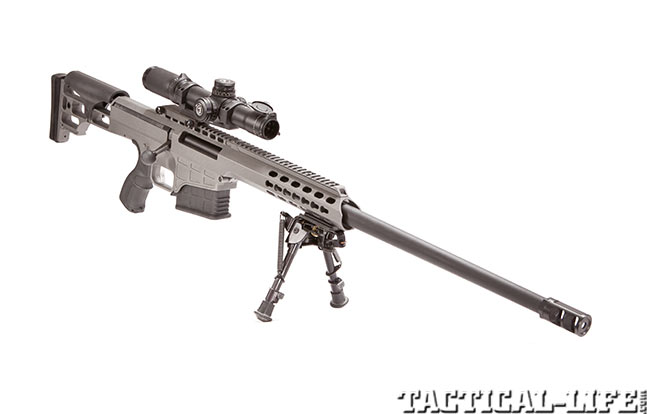 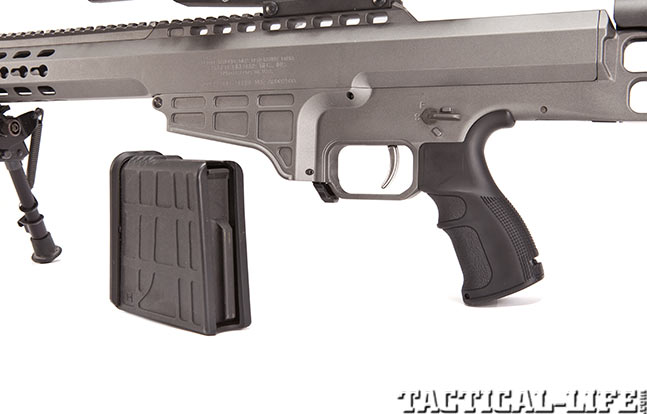 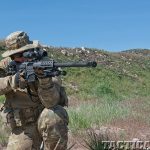 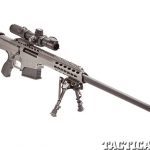 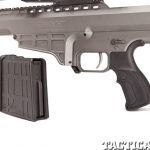 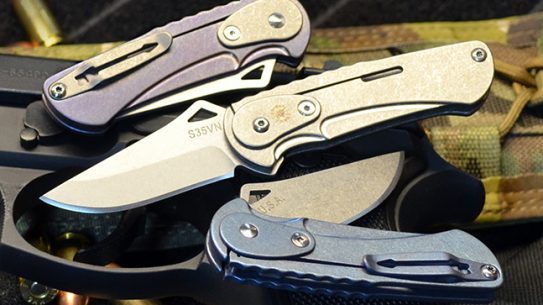