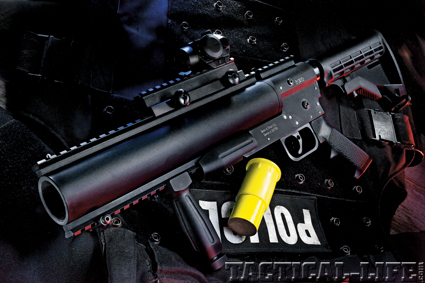 One of the new wave of must-have accessories in the civilian tactical world, which also is directly applicable to the law enforcement tactical world, is the 37mm
“grenade” launcher. Whether the launcher system mimics the U.S. military’s 40mm M203 under-barrel grenade launcher for mounting on an AR-15/M4 Carbine, is shoulder-mounted or a pistol-style standalone model, more and more companies are introducing various versions for civilian use. But they are not just for civilians. Unless otherwise specified, these single-shot launchers will also fire any law enforcement 37mm round as well. 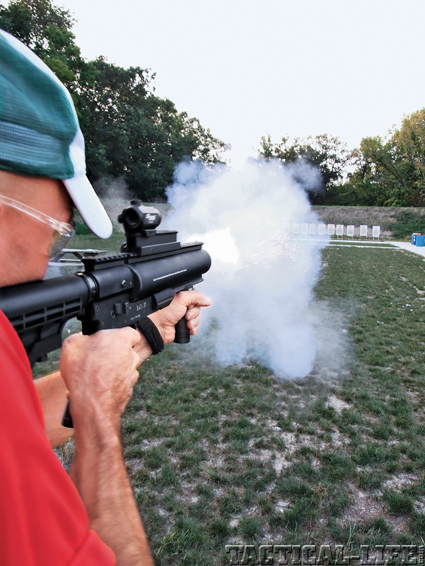 The launcher is capable of handling a wide array of 37mm munitions due to its break-open action, and produces an impressive sight when fired.

Why are they so popular now, particularly in the civilian tactical arena? Well, there are a number of reasons, the first being for wildlife control. When firing the civilian-legal flare and exploding rounds that are available, they are great for warding off flocks of birds or other unwanted pests that you don’t want to, or are prohibited from, killing. Deer control around gardens comes to mind as a great application where legal. 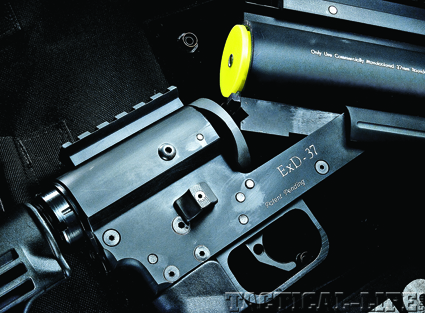 The single-shot unit breaks open with the barrel tipping down, allowing the user to
load a 37mm round directly into the breech.

When they take the form of an M203 grenade launcher look-alike they add an awesome look to your M4 carbine, and may even be able play a less-lethal role in defense of your property or ranch. Unless of course, you live in suburban or urban areas, where activities that involve launching any sort of projectile, even a BB from an airgun would be frowned upon. 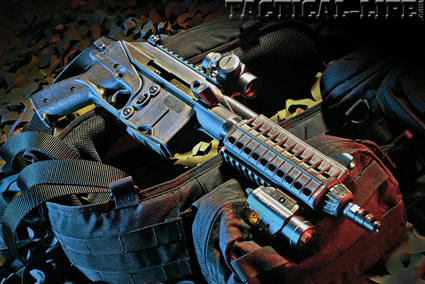