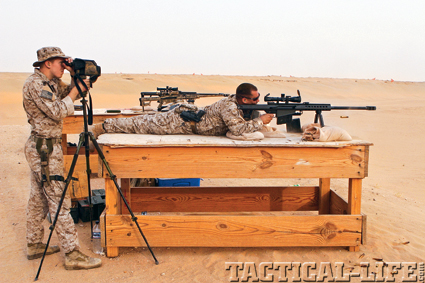 Bushmaster BA50
Bushmaster entered into the .50 BMG realm a few years ago by offering the BA50. Just like every precision bolt-action .50 BMG rifle on the market, the BA50 is built to tolerances and specifications that allow sub-MOA capabilities. Its overall length is 58 inches, and the rifle weighs in at 33 pounds with a 30-inch Lothar Walther barrel and 10-round magazine. The muzzle velocity averages 2,945 FPS with standard military M33 ball ammunition with 661-grain projectiles, and the rifle comes with a full-length Picatinny rail that runs the entire length of the forearm to accommodate night optics. Assembly of the BA50 is one of the simplest on the market for dedicated bolt-action .50 BMG rifles. Similar to the AR design, the upper receiver locks on to the lower receiver with two pins integral to the lower receiver.

The BA50 is hammer-fired, similar to the AR design, easing maintenance and aiding in reliability. Accuracy relies heavily on locking consistency and support of the cartridge and projectile. Tighter tolerances in the chamber area allow for a more consistent expansion of the cartridge as the powders ignite. The BA50 allows for a higher accuracy standard with a more modular chassis. 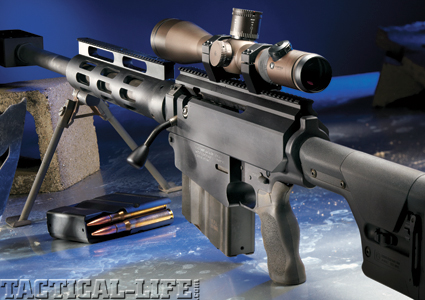 Barrett’s .50 BMG
Currently, the only mainstream, widely used semi-automatic, shoulder-fired .50 BMG rifle is the Barrett M82A1/M107. The weapon system functions via a short recoil operating system, similar to the Browning M2 machine gun chambered in the same cartridge. This creates an excessive amount of movement in the rifle, lowering the accuracy expectations to 2.5 MOA (or larger depending on how the firing position is set up). But it does utilize a 10-round magazine, allowing for a higher rate of fire, and has been proven to be extremely reliable in rugged environments. Military units around the world run this rifle platform and it has been extremely effective on the battlefields of Afghanistan and Iraq. 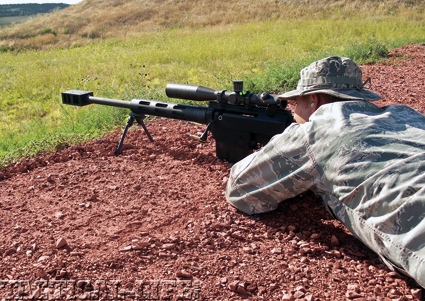 Designed for sub-MOA accuracy and with tight tolerances, the bolt-action Bushmaster BA50 is a very capable sniper rifle. 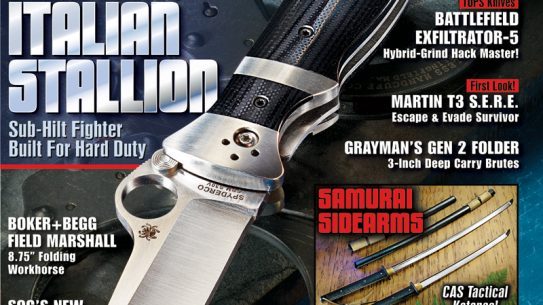