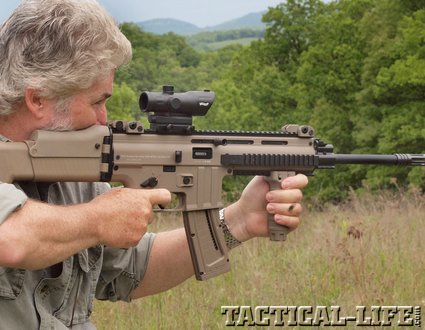 Anyone who doubts the value of the .22 Long Rifle cartridge has only look to back at history to discover that it is not only America’s first and oldest self-contained metallic cartridge, but it’s also been proven effective as a defensive and, more importantly, offensive caliber for more than 150 years. Yes, the original .22 Short developed by Daniel B. Wesson in the mid-1850s and patented by Smith & Wesson was an anemic bullet by any measure, with little accuracy and only modest effectiveness at any range beyond 10 feet. But it was the capability of the little .22 rimfire at those very close ranges that made the S&W Model No. 1 revolver a desirable as a backup gun for soldiers during the Civil War. Firearms history is teeming with clever little .22 pistols, developed from the 1860s onward that could be hidden in pockets or simply palmed in one’s hand and used with deadly efficiency.

By the late 19th century, the rimfire .22 had increased in power and performance, and the .22 Long and Long Rifle cartridges, introduced in 1871 and 1887 respectively, proved themselves in both handguns and rifles—and not only as the best means of introducing young marksmen to the shooting sports in the early 20th century. By World War II, the mighty little .22 LR was being put into service in silenced semi-automatic pistols carried by the United States’ elite OSS agents (predecessors to the CIA) operating undercover throughout war-torn Europe. Ever since the late 1940s, silenced .22 semi-auto pistols and rifles have been chosen regularly by the military and intel-related professionals for covert operations. 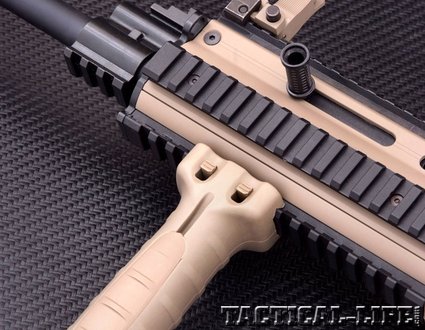 Tango Down vertical Battlegrip added excellent stability for offhand target shooting. The folding BCM Troy (M4 Style) front and rear battle sights were also added for shooting without the scope. They proved superior to the standard folding sights that come with the Mk 22.

Furthermore, .22 rimfire target pistols and rifles are used in shooting matches the world over, as well as in Olympic competition. In recent years, AR-15-style rifles chambered in .22 LR have also become an ideal option for military and law enforcement remedial training, as well as making excellent first guns for beginning target shooters and proficient varmint hunting rifles. Carbine and pistol variations also fulfill the needs of home or personal defense for those who are more comfortable with a .22. Thus, for a small cartridge, the .22 fills some pretty big shoes in the 21st century. 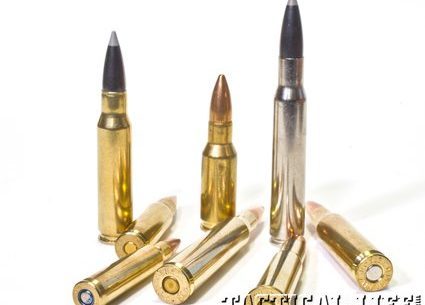