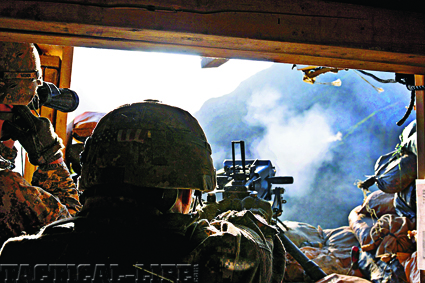 There’s an old expression: “Other than worrying about it, what are you doing about it?”

In today’s military and law enforcement activities, that old bromide seems to have struck home with great force. Between worrying, and doing, a lot of new muscle has been created in the way we can respond to terrorism, international battle zones, and even local criminal activities right here at home.

This issue of TW bristles with detailed reports on new weaponry being turned over from top-level “worriers” to our “doers,” the men and women training to take on the forces of evil from Taliban in Afghanistan to hoodlums and madmen in Hometown USA.

You’ll find firepower galore in the pages ahead, with high-tech delivery systems that get the job done from Close Quarters Combat to DMR (Designated Marksman Rifle) duty. The details of the weapons themselves are the subject of close-up “insider” reports, as are the ways the weapons are used when the whistle blows and the chips are down. A prime example of such coverage is the story of the “World’s Longest Sniper Kill.” In our “Under Fire Special,” Canadian Forces sniper Rob Furlong takes you along on his 1.5-mile Taliban takedown.

New firepower we’re featuring includes the FBI’s 20mm “Hard-Target Blasters,” the Anzio Mag-Fed 20mm. These anti-materiel big-bores take a big bite at more than 4,900 yards, quite a jump for an agency that originally began with no guns at all. In tactical carbines that are bred for battle while being civilian-ready, we focus on the Sabre Steel, in a behind-the-scenes look at a Pentagon contractor’s new piston-driven XR15. In “MAUL ’Em!” we see how MetalStorm’s stacked multi-shot munitions launcher blasts into battle with hand-held 40mm rapid fire, attached to an M16 or M4. A battle rifle testfire wrings out the modular Robinson Armament XCR—we’re talking PDW to sniper rifle in seconds flat!

In an article that embraces both new firepower and training, we go to the federal ATF division—now known as BATFE (Bureau, Alcohol, Tobacco, Firearms, Explosives). Its duties have been expanded to include anti-terrorism. The Bureau has turned to the training courses of the world’s best tactical-class multi-gun shooter, Taran Butler. He’s working with the Bureau on a 3-Gun program that is sure to lock agents on target when the real heat is on.
We have two elite agency reports, with insider details on Austria’s famed EKO-COBRA anti-terror specialists, and the U.S. Army’s 160th SOAR(A) Night Stalkers. Both units bring new meaning to the term “high speed, low drag.”

Individual training can’t get any more personal than in our Gun-Fighting Skills article, “Deadly Force: First Shot On Target Wins” focusing on fighting cop-killers by making sure your first shot is on-target, even in an instant response.

If you saw the movie The Hurt Locker, or read about it winning the Academy Award for Best Picture, you don’t want to miss our report on how the pros feel about the movie, including the views of our own “Gunny.” The views of the EOD troops we talked with go beyond the movie’s blood, guts and Hollywood BS.
“Worriers” and “Doers.” It takes both to defend our country, streets and homes. Fortunately, we have plenty, and you’ll see what some of them have been up to right here. 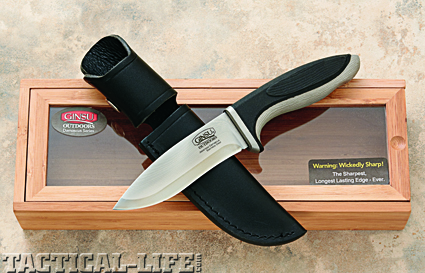 Don’t get stuck on the quirky TV spots from the 70’s. These new Ginsu...