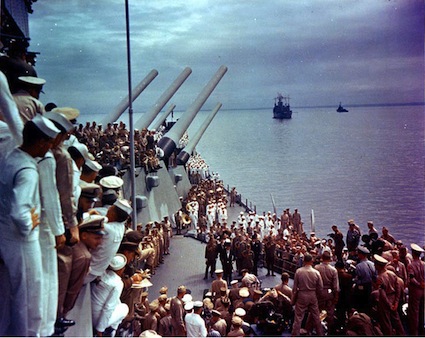 The Battleship Missouri Memorial will commemorate the 66th anniversary of the formal end of World War II.

Event:
“The End of the War in the Pacific”

Who:
Dr. E. Bruce Heilman, WWII veteran and chancellor of the University of Richmond

Cost:
Free and open to the public

Base Access:
Roundtrip shuttle bus service for the event will run from the Pearl Harbor Visitor Center beginning at 7 a.m.

Pearl Harbor — The Battleship Missouri Memorial will commemorate the 66th anniversary of the formal end of history’s most destructive war with a free public ceremony, titled “The End of the War in the Pacific,” on Friday, Sept. 2, 2011, from 8 to 9 a.m.

The event will be held on the Missouri’s forward main deck, near the site where Supreme Allied Commander Gen. Douglas MacArthur and representatives from 10 nations assembled to accept Imperial Japan’s formal, unconditional surrender on Sept. 2, 1945, aboard the USS Missouri (BB-63), then anchored in Tokyo Bay.

Suggested attire is aloha for civilians and summer whites or service equivalent for military personal.

In the shadow of the Mighty Mo’s main guns, the commemorative ceremony will feature guest speakers, patriotic music, performances of a rifle salute and Echo Taps from atop the turret and superstructure, and opportunities for guests to tour the ship’s decks. Speakers will include Dr. E. Bruce Heilman, WWII veteran and chancellor of the University of Richmond.

Imperial Japan’s surrender occurred months following V-E Day (Victory in Europe Day) on May 8, 1945, when German troops laid down their arms after Germany surrendered to the Allied Nations. Japan agreed to surrender on Aug. 15 (Japan time) but formalized the agreement on Sept. 2 aboard the USS Missouri, thereby signifying the Allies’ victory over Axis Powers and restoring peace to the world.

The Battleship Missouri Memorial, located a mere ship’s length from the USS Arizona Memorial, completes a historical visitor experience that begins with the day of infamy that saw the sinking of USS Arizona in Pearl Harbor and ends with Imperial Japan’s unconditional surrender aboard USS Missouri in Tokyo Bay. Following an astounding career that spans five decades and three wars, from World War II to the Korean conflict to the Liberation of Kuwait, the “Mighty Mo” was decommissioned and donated to the USS Missouri Memorial Association, Inc., a 501(c)(3) non-profit organization, which operates the battleship as a historic attraction and memorial. The association oversees her care and preservation with the support of visitors, memberships, grants and the generosity of donors. 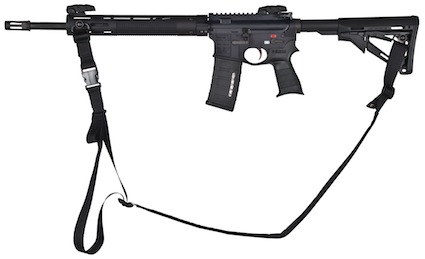