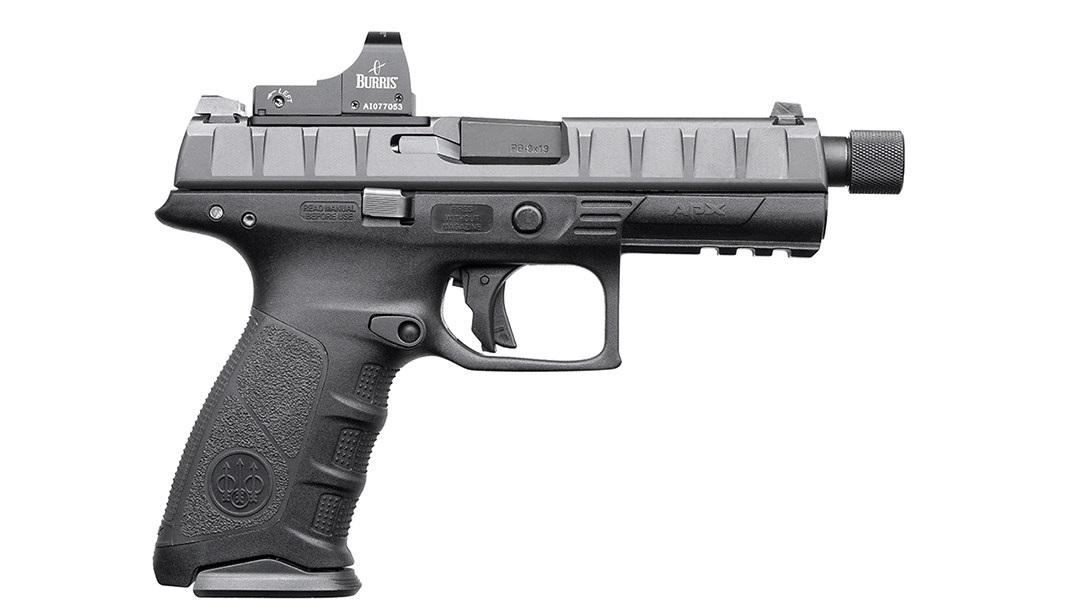 Would the Beretta APX Combat Be an Effective Military Pistol?

Leading up to the Beretta APX A1 FS

Beretta first launched their APX series of pistols in 2017 in response to the U.S. Armed Forces’ XM17 Modular Handgun System competition. Sig Sauer won the military contract, so Beretta released their new APX pistol design to law enforcement and commercial markets. Previously, nine variants of the APX have landed, with the APX A1 Carry the most recent.

The APX A1 FS, released to the public today, May 17, 2022, offers upgrades to the existing APX lineup. The BERETTA APX A1 FS is the next evolution of striker-fired pistols made by the longest-standing name in firearms. Built on the heritage of the original APX platform that passed MHS testing for the US Army, the APX A1 FS delivers a crisp, trigger, improved ergonomics, aggressive slide serrations, and MRDS Optics cuts right out of the box.

The folks at Beretta claim the APX A1 FS takes their proven ergonomics, reliability, and accuracy of the APX family and delivers a superior firing solution – from the casual shooter to the most demanding.

Some Differences from the Original Beretta APX

Beretta improved this model’s trigger over the APX’s, with a relatively light (6 ½ pounds) with a cleaner break and short reset.

The red dot optic-ready slide lets you easily install a wide range of optics to your training or home defense setup for quicker target acquisition when it matters most. The original APX came with three red-dot optic mounting plates, but the new version lets buyers pick their specific mounting plate for an extra $30.

Ambidextrous controls are configurable for right or left-handed shooters, with both the slide and mag release swap port or aft, depending on the shooter’s needs.

The modular frame comes with three interchangeable backstraps to fit most size hands.

Range Time with the Beretta APX A1 FS

Beretta took a bus-load of Music City visitors and gun nuts over to Royal Range in West Nashville for some shooting. This writer can recall visiting the site back when it was a movie theatre. After the 2010 flood wrecked the Regal Cinema 12, it sat empty until reopening as a gun range in 2015. Early on, it was the “Regal Range,” but swapped out the “e” and “g” for an “o” and “y” to avoid litigation from Regal Cinemas.

After that little side trip down memory lane, this writer donned some ear and eye pro and got busy shooting. The group divided up into groups and an informal competition ensued. Even though my shooting skills have diminished with age, I was still able to keep most shots in the 9, 10 and X ring out to 18 yards with the clock running. The pistol I shot wore a Burris FastFire optic, while others were outfitted with Steiner red dots. Through the first 50 rounds of 9mm hardball I consistently scored in the low 90s for every 10-round target.

The APX A1FS comes with three magazine capacities, 17-, 15- and 10-round versions will be shipping to dealers in many states.

The most dominant feature/benefit of the APX A1 FS is the enlarged beavertail grip. This pistol is easy to hang on to, and its low bore axis gets sights on target quickly shot after shot.