0
SHARES
18
VIEWS
Share on FacebookShare on Twitter
The Tx4 Storm is a 3” chambered, gas-operated 12 gauge shotgun that combines light weight with light and manageable recoil.

For patrol duty, the old smoothbore is still one hell of an effective weapon. Since the infamous North Hollywood Bank of America shootout in 1997, the patrol carbine has gained popularity—and rightly so, considering the multiplicity of functions the platform is capable of dealing with. With the rise of the patrol carbine, the 12 gauge blunderbuss found itself struggling with administrators who either believed one long gun was sufficient/cost-effective, or who did not understand the complementary nature of both systems. 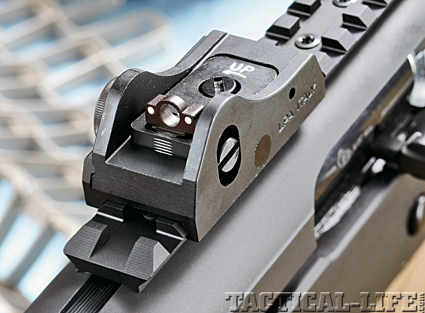 The rear sight is an LPA ghost ring assembly adjustable for windage and elevation, and features sturdy protective wings.

If you respond to an alarm to find a building clearing scenario, engagement distances within its rooms will most likely be less than 30 feet—that’s 30 feet in little to almost no light. Facing an opponent under those conditions with a weapon that requires less precision than the patrol carbine actually gives the officer an advantage. A solid mass of 12 gauge pellets—essentially in the pre-spread stage—still has considerably more diameter than a .22 caliber bullet, allowing for some leniency when it comes to aiming. Add to that the minimal bore/sight offset of most shotguns at 0 to 30 feet, versus that of a typical AR-style carbine, which has about 2.5 inches, and the smoothbore looks pretty good. I won’t repeat the ammunition versatility debate here, but that is also an important factor. Shotguns are still around for a lot of good reasons. 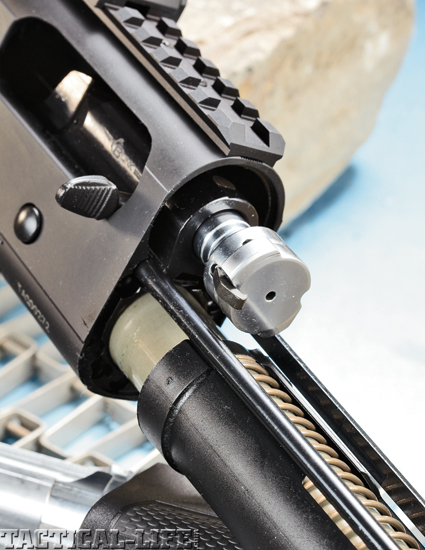 The chromed rotating bolt head locks directly in to the chrome-lined barrel of the shotgun, offering maximum corrosion resistance.

Beretta’s name is synonymous with solid firearms, particularly shotguns. Not satisfied to sit on their laurels, Beretta decided to introduce a new family of weapons in the Storm series, beginning in 2003 with the Cx4 Storm Carbine. The Cx4 was followed by the Px4 Storm Pistol—and finally, in 2010, the Tx4 Storm Semi-automatic Shotgun.

All Storm offerings make good use of polymers for durability and weight reduction. They share another trait: all have distinctive styling—sleek and racy, while also designed for maximum simplicity.