In this day and age, why would anyone even care about the best revolvers for home defense? Aren’t revolvers obsolete? We live in a world of 20+ round 9mm pistols with red dot sights and weapon mounted lights. Why would you anyone select a wheel gun? 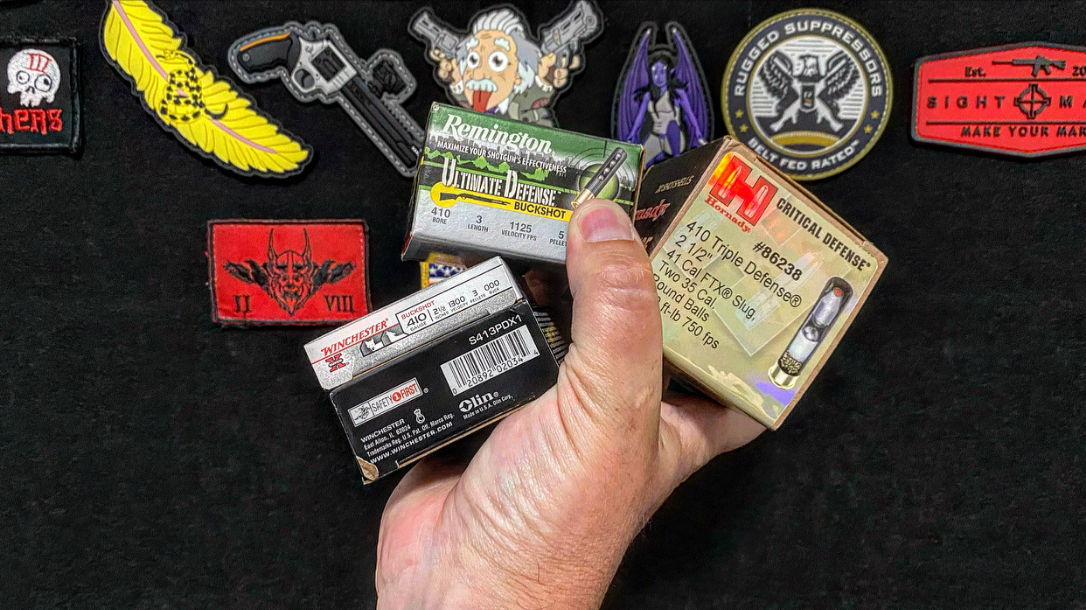 The reason why finding the best revolvers for home defense matters is simple. People still buy them. While you could make a compelling argument that a Glock 34 is superior in every aspect, as long as people buy revolvers, they’re going to use those guns for home defense. So we’re going to help someone who might prefer a revolver make the best choice possible.

“Best” is, as one might expect, a moving target. What makes a gun “best” for me might not make it optimal for someone else. However, there are certain characteristics that generally make a gun easier to shoot and manage when under stress. Plus, while revolvers are an extremely mature technology, there have been some improvements to the platform. So if you’re picking the best revolver for home defense in 2022, it might be different than if you’d picked a gun in 1982.

The first order of business is to define a general sort of revolver that works well in a home defense role. Firstly, we’re going to eliminate small frame guns like S&W J-frames and the Ruger LCR. These are great concealed carry revolvers and wonderful for pocket and ankle carry. But, their light weight and difficult shooting characteristics make them less than ideal for home defense.

Secondly, we’re going to eliminate the extremely large guns. Smith and Wesson 500 Magnums and Ruger Super Redhawks are certainly cool guns. I suppose if you’re concerned about getting a home invasion from a grizzly bear or rhinoceros they might be appropriate. That being said, an extremely high powered magnum cartridge isn’t really the right choice. Home defense weapons need to be easy to shoot.

That leaves us with the medium and large frame guns. These are you Ruger GP100s, S&W 686s, Colt King Cobras and Pythons, etc. From here we can really start the search for the best revolvers for home defense.

But Why Revolvers Again?

Right up front: if someone is serious about getting good at shooting and is going to get into competition, taking classes, etc, they should just buy a Glock 19 or HK VP9 or one of the gajillion high quality 9mm pistols the market is full of right now. But there are loads of people who just want “some gun” for home defense, and they’re going to load it, leave it in a drawer, and it will sit there for 20 years. They might take a class or two, and they’ll go the range occasionally.

Plus, thanks to the recent SCOTUS decision overturning NY’s permit ban, more people are going to be looking into getting a gun. Unfortunately, a lot of those people live in states with a so-called “assault weapons” ban. A revolver is definitely legal, even in the most restrictive of ban states.

A double action revolver in two very specific ways are perfect for people like that. Wheelguns are 1) easy to load and verify that they’re loaded, and 2) difficult to negligently discharge. If a person just wants “a gun” for this vague idea of “home defense” I’m perfectly happy recommending a revolver. And because everyone has the inherent right to defend themselves with the best gear possible, we’re going to find the best revolvers for home defense.

The Best Revolvers for Home Defense are all 357 Magnum

There are LOADS of calibers available for medium framed revolvers. Personally, I love 10mm revolvers. I carry them, I compete with them, and I’d be perfectly comfortable using one for home defense. But I wouldn’t recommend one, because shooting 10mm or 40 S&W out of a revolver means extra support gear that the people I’m writing this article for don’t want to invest in. Most people don’t know what moon clips are, much less where to buy them.

We pick revolvers chambered in 357 Magnum for a number of reasons. One: 38 Special and 357 Magnum ammo is commonly available. Could you get a home defense revolver chambered in 44 Magnum or a Taurus Judge in 410 Gauge? Sure. But ammo for those is a lot more expensive than personal defense ammo in 38 Special or 357 Magnum.

The second reason we recommend a 357 Magnum revolver is because of the wide variety of projectiles and defensive ammunition available in that caliber. The world’s most recoil sensitive grandma can get a 38 Special load that will still be reasonably effective. And of course our gluttons for punishment can get insanely powerful 357 rounds.

The third reason is related to the first two. The ability to select between 38 Special or 357 Magnum means the best revolvers for home defense can be used by anyone that has the strength to pull the trigger.

Before we get to listing the best revolvers for home defense, we should address some of the drawbacks. The most obvious is capacity. Most revolvers hold 6 rounds, which is considerably less than you’d get in a modern semi-automatic 9mm pistol.

Then there’s the trigger. Even on a full size revolver like a Ruger GP100, the trigger will be harder to pull cleanly than a modern semi-auto 9mm pistol. Heavier trigger pulls make the guns harder to shoot. There are certainly some revolvers that have great triggers, but by and large most people will find a semi-auto pistol easier to shoot well.

An additional drawback is that most revolvers lack the ability to mount a white light. Weapon mounted lights on home defense guns are extremely important. Yes, you can use a handheld light, but now you’re stuck shooting strong hand only. Plus, you’ve reduced your ability to hold stuff, because now you have a gun in one hand and light in the other.

Finally, there’s the price. A good quality revolver will almost always cost $500 or more. The lack of polymer parts and fitting requirements mean a gun that goes around in the middle will just cost more money.

But with all that in mind, lets take a look at the 5 best revolvers for home defense.

These are the go-to for revolvers. The S&W is on their L-frame, a beefed up frame designed to handle a steady diet of 357 Magnum ammo. In fact, these guns are largely interchangeable as platforms. They’re both large enough to shoot well, but not so large as to be comically heavy. Speedloaders, holsters, sights, and other aftermarket accessories are readily available. They just make sense and it would be hard to go wrong.

This might seem like an odd inclusion on the list of the best revolvers for home defense, but it’s actually not. The King Cobra target retails for right around $1,000, so it is more expensive than the base model 686 or GP100. However, right out of the box it has the best trigger of the bunch. Plus, the fiber optic front sight is easier to see in poor lighting conditions. That makes the gun easier to shoot well. As an additional bonus, it uses the same speed loaders as S&W’s popular K-frames.

This is a personal favorite of mine, and I have three guns on this frame size. The 686+ takes the already great L-frame platform, and squeezes a 7th round in the cylinder. More rounds is better, right? It has all the advantages of the 686 that kicked this list off, but you get one more shot on board. Nice.

Yes, this gun is by far the largest on the list. However, it’s the only one that’s capable of mounting a weapon mounted light. Plus, it’s an 8-shooter! You get the same capacity as someone using a 1911 for home defense, except you’re cooler because this gun is awesome. In all seriousness however, the M&P R8 actually does make a lot of sense. Again, because it’s an S&W N-frame, there are tons of accessories available for it. The integrated rail means you can mount a StreamlightTLR-1 on it. Plus, there are optic mounts available for it that replace the rear sight. Sure, the MSRP of $1400 makes it the most expensive gun on this list, but all those features don’t come cheap.

Summing up the Best Revolvers for Home Defense

This is by no means an all-inclusive list. There are plenty of great revolvers out there that would serve well in this role. In fact, you could just as easily say “buy a medium frame 357 Magnum with a 4 inch barrel length” and be done with it. Get some speedloaders perhaps, a holster for range work, and you’re all set. If you really want to jazz it up, Crimson Trace lasergrips are a solid option.