by Tactical Life
in Gear, Guns
0

Depending on where you live in America and what you do for work, you could spend a lot of time in your car. That’s why knowing what the best self defense weapons for car travel are. Here’s a look at what works and some viable defensive strategies for car self defense. 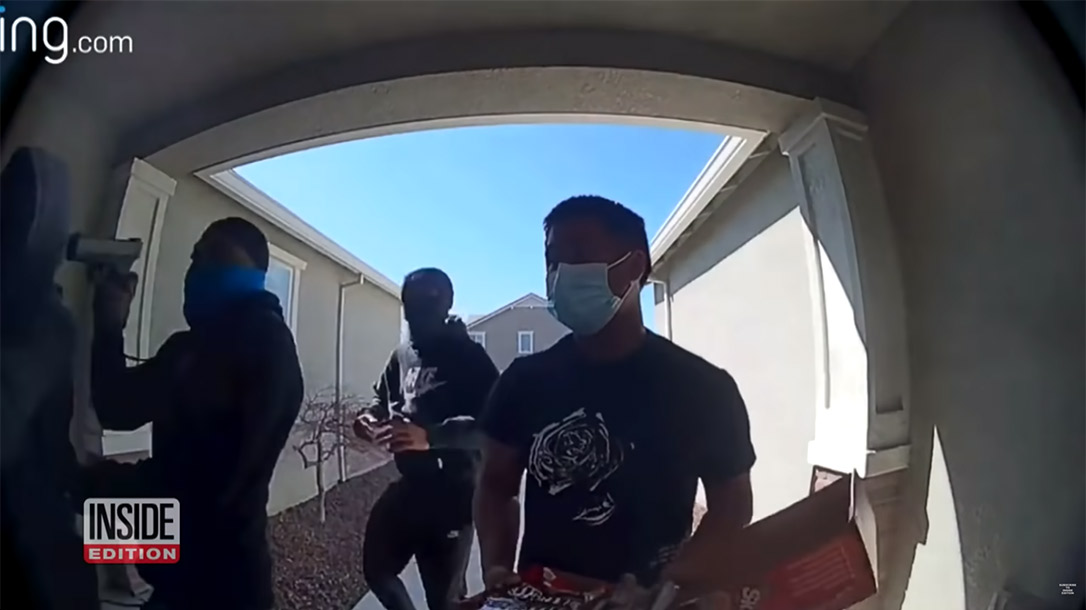 8 Best Home Defense Weapons to Harden Your Home For 2022

We’re not being glib with this statement. If we’re strictly talking about self defense problems that occur while you’re driving, the best option is to keep driving. Think about it for a second. If you’re thinking about the best self defense weapons for car travel, you cannot ignore that a Toyota Camry is a lot deadlier than any handgun on the planet. Plus, it gives you the option to escape and evade an attack instead of getting pinned down.

At a recent conference on self defense laws, there was a definite trend where a lot of eventual self defense shootings started with road rage incidents. So the first tip here is: keep driving, don’t stop your vehicle, and don’t engage. If you don’t feel safe, call 911 and drive to the nearest police station.

2. A Concealed Handgun in an Appendix Carry Holster

Next up on our list of the best self defense for car travel is the one you were probably expecting to be first on the list. A properly concealed handgun carried appendix is one of the best possible options for self defense in a car for a private civilian. Unlike behind the hip IWB carry, appendix carry allows you easy access to a concealed handgun while still wearing your seatbelt properly. And if you’re worried about accidents, don’t. As long as you wear your seatbelt correctly positioned over the gun, you’ll be fine.

If you are going to carry a gun in your car, there are some things to avoid. Car holsters of all types are dangerous gimmicks that should be avoided at all costs. They play to the fantasy that you’re going to shoot your way out of a problem from the driver’s seat. Reality check: if you can drive away from a situation, you should. Getting into gunfights from moving vehicles is for combat in foreign countries, not the freeway.

One more note on in-vehicle gun carry. Your car isn’t a holster, so if you’re going to leave a gun in your car, make sure you have to secure it against theft. Try to keep your vehicle inconspicuous. Nothing says “free gun inside” to a thief like gun brand stickers on the back window of your truck.

I know what you’re thinking here, “did he just say pepper spray for my car?” Yes we did. See, when you’re thinking about the best self defense weapons for car travel, you have to think about likely defensive scenarios. Here’s one: you’re stuck at a light in an urban area with your windows down. An aggressive “urban adventurer” decides to panhandle you through your open window. You can’t drive off because you’re blocked in at the light. You can’t shoot him because that’s murder. But you can give him a blast of the ol’ spicy breath spray and then roll your windows up until the light changes.

There are a few good brands of quality pepper spray. The hot ticket that all the cool kids are carrying is POM, but Sabre Red and Fox Labs are good to go as well. You want a stream type spray, and to avoid gels and foggers.

Alright, so the deal with the Shockwave is that it would actually make a really great anti-carjacking gun. It’s small enough to maneuver around in the cab of even a Volkswagen Jetta but still deliver real fight stopping power in the form of 00 buckshot. But I can’t really include it on a list of the best self defense weapons for car travel, because unless you’re riding around with it in your lap, it’s going to be difficult to get the gun into action. Now, if you have a passenger, and for some reason you’re rolling around a high crime/carjacking area, then the Shockwave really comes into its niche. It then fills the exact same role as the cut-down shotguns on stagecoaches of old.

Here’s the thing about car self defense though. Just like all self defense outside of the home, having good tactics beats having equipment. A lot of “best gun for car” or “car self defense” articles are written around a fantasy idea of bailing out of your car and getting into a gunfight. If you have a strong desire to get in gunfights around vehicles, I’m sure your local State Troopers are hiring, and the Army is always looking for people to ride around in HMMVs and get shot at.

But from a purely civilian self defense standpoint in a car? Tactics. Avoiding high crime areas, not getting sucked into road rage incidents, and generally just staying in your car are going to be a lot smarter choices than trying to shoot your way out of problems.