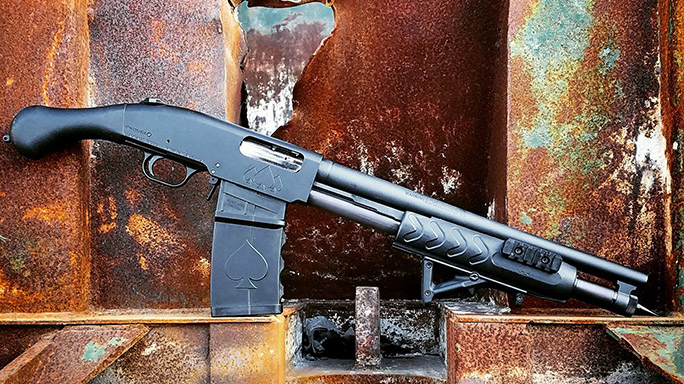 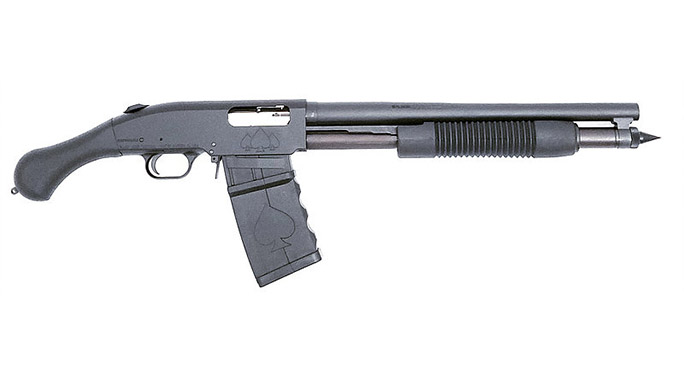 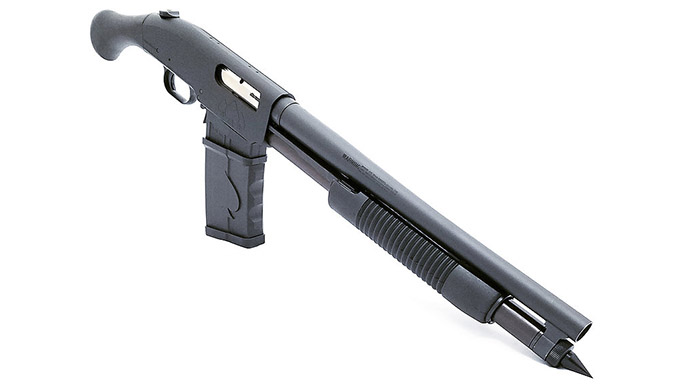 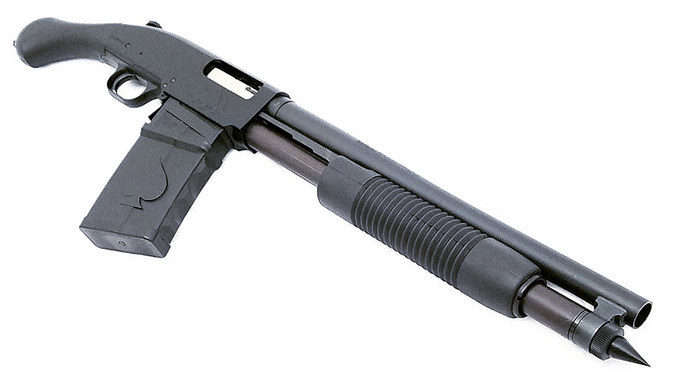 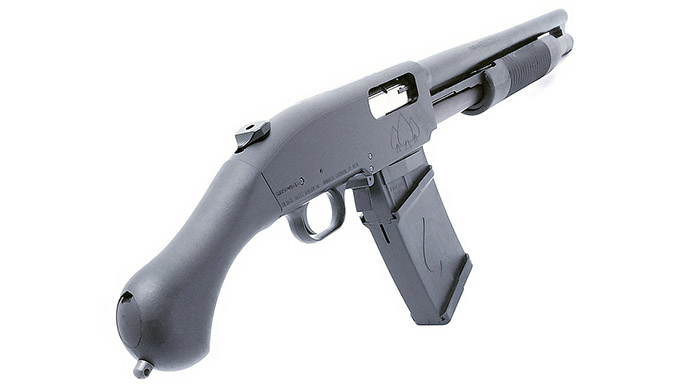 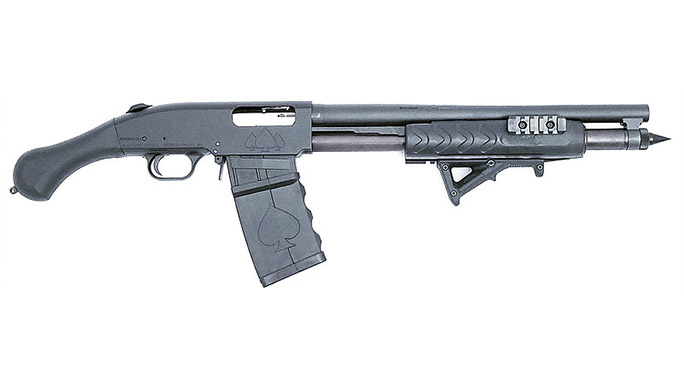 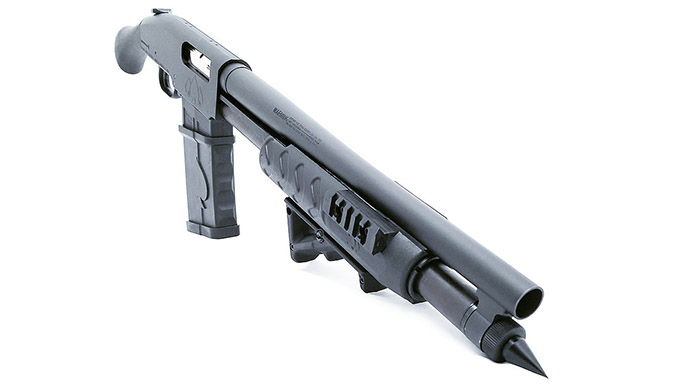 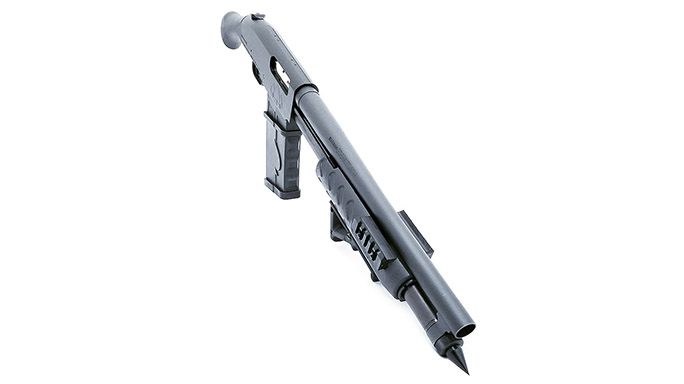 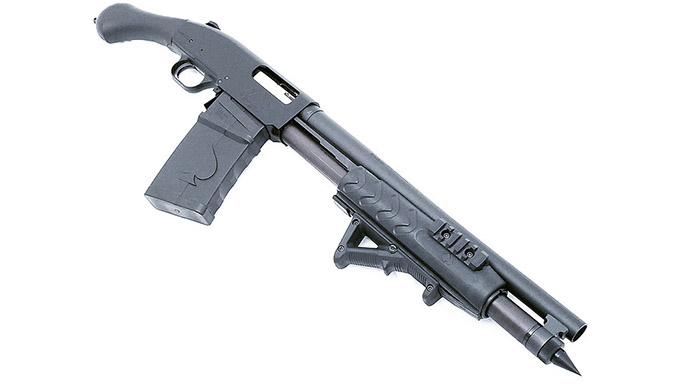 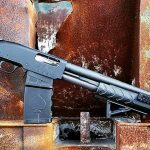 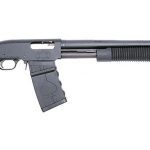 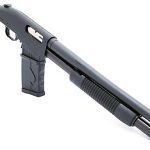 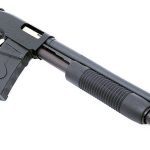 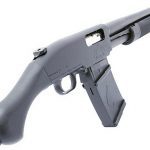 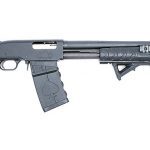 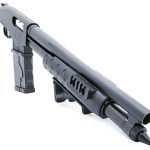 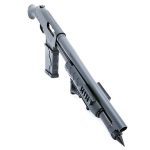 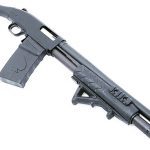 Pistol grip “firearms” are all the rage these days. First came the Mossberg Shockwave. Not to be outdone, Remington followed suit with its Model 870 Tac-14. Then came the Nighthawk Tomahawk. Now there’s a new entry in the increasingly crowded market: the Black Aces Shockwave Magazine Fed 12 gauge firearm.

“Given the incredible success of the Mossberg Shockwave platform, it is only natural that we offer a magazine fed version of the weapon that has proven nothing short of a phenomenon. This as of late has been the question we have been receiving most: ‘When will Black Aces Tactical release a magazine fed version of the Shockwave?’ Now that weapon is a reality,” Black Aces Tactical founder and CEO Eric Lemoine told Soldier Systems.

Weighing in at 27.5 inches in overall length and compatible with most Mossberg 500 accessories, the Black Aces Shockwave Magazine Fed 12-gauge firearm is available starting at $499 retail.

For more, go to blackacestactical.com. 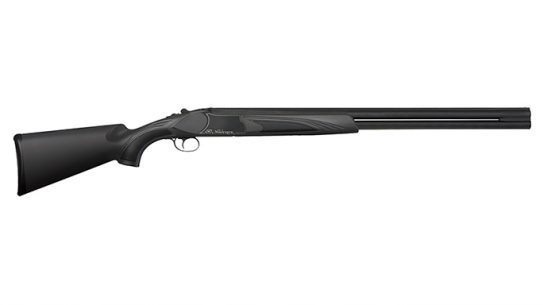 A recall notice has been issued for the Mossberg Maverick Hunter shotgun after it...