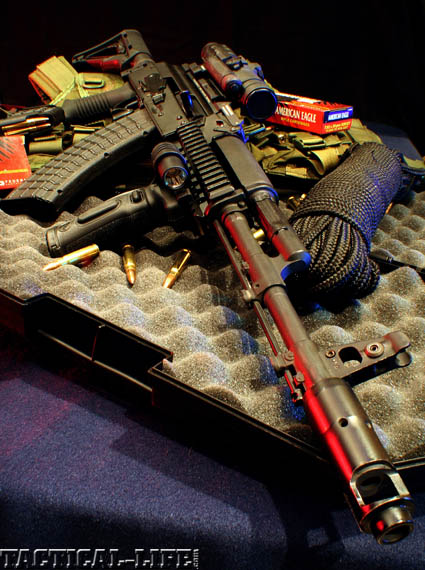 It would seem impossible to find a person with even a mild interest in firearms who is both unaware of the legendary robustness and reliability of the AK-47 rifle and still conscious. I remember having a conversation with my uncle, an Army combat vet of the Vietnam War (yes, I call it a war as I’ve yet to meet a vet who tells of the “police action” he or she had been deployed in), about the resolute dependability of the AK-47. He was in combat when the M16 was first issued. The troops found it totally unreliable, which was due to the Army’s changing the ammunition powder without properly testing it and to the fact that the M16s were initially issued without cleaning kits or chrome-lined chambers, all issues that were resolved later. As a result the American GIs often abandoned their M16s for captured AK-47s. Unfortunately, the AK-47 had such a distinctive sound when fired that this began to create many friendly-fire casualties. (It also would seem that their use of AKs would be limited by the amount of ammo they could capture.)

The AK is a gas-piston design, where gas tapped from the barrel impinges on a piston, which drives the bolt by direct contact. The design was, of course, brought to fruition by Mikhail Kalashnikov in 1951 and has been produced and used in amazing numbers throughout the world. The AK is still in service in places today, giving this weapon an impressive resume. 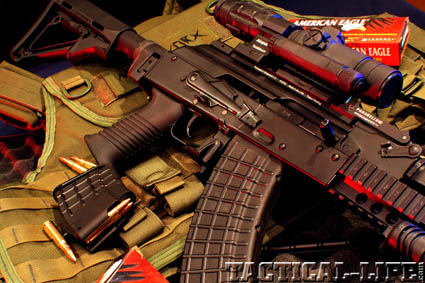 The AKARS system from Parabellum Armament provides a solid Picatinny rail for the rapid mounting of optics and comes standard on the SOPMOD AK-47.

As excellent a design as the AK is, Blackheart International (BHI) felt there was room to improve the weapon’s ergonomics and ability to mount the optics and other accessories that are so common to today’s combat long-gun market. As such, BHI knew that one of the gun’s greatest shortcomings needed to be addressed. The original design handily accomplished its mission as a rugged and dependable battle rifle. But the weapon needed a viable solution for the positive mounting of readily changed optics. The problem is the AK’s receiver cover. Its strength—ease of removal for ready access to the receiver for cleaning and maintenance—becomes its Achilles’ heel when it comes to attaching a scope, since the cover makes for a flimsy mounting platform. As we all know, the most logical and ergonomic point of the rifle for mounting a scope is over the receiver. bhigear.com. 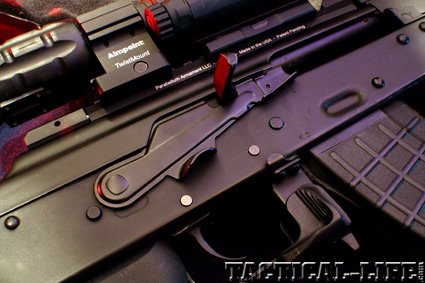 The Krebs Enhanced Selector Lever doubles as a bolt lock. 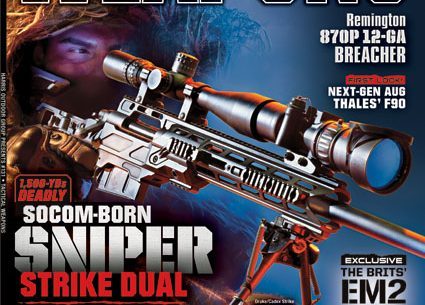 This Blackheart International SOPMOD AK-47 is shown with an Aimpoint CompM4 reflex sight, a…