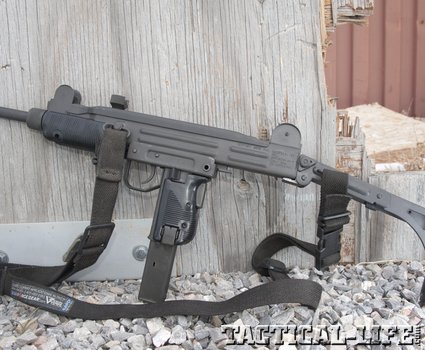 The Uzi, a submachine gun once heavily used by professional units and militaries, is one of the most combat-proven designs ever. Blackheart International brings to the public a carbine based on the Uzi platform. Designated the UC-9, it is a 9mm semi-auto that is both simple and reliable.

The assignment to test this weapon was timely. A fellow officer was just issued an IMI (Israeli Military Industries) manufactured Uzi carbine as a duty long gun. We both shoot in the same local USPSA matches, and he was extolling the accuracy and simplicity of the weapon. Skeptical probably best described my reaction, especially since these are semi-auto variants with longer barrels. My skepticism revolved primarily around a pistol-caliber weapon being used in lieu of a rifle—the Uzi just did not seem like it would be all that accurate. And I am generally not a big fan of issuing officers weapons designed in 1954, especially given the myriad of modern weapons available these days, but that is an entirely different discussion. 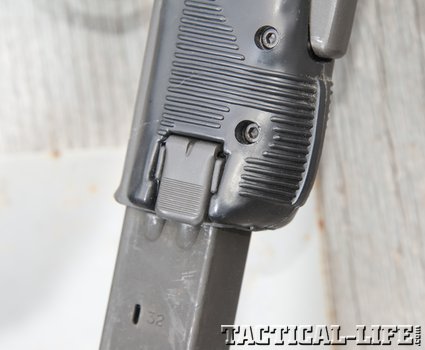 The magazine release takes some time to get used to, but once you dial it in, it is very fast and solid. The UC-9’s magazines were robust and reliable.

This particular officer normally patrols on a motorcycle, so his decision was largely based on the weapon’s cost and ability to fit in a saddlebag. My guess is that these weapons were left over from the early days of SWAT, as this agency has been around for a while. So, it was an immediate and cost-effective way to arm motor officers with shoulder-fired weapons.

The Uzi was first introduced to the Israeli Defense Forces in 1954 and was issued in bulk within a couple of years. Chambered in 9mm, it was an open-bolt, fully automatic weapon. Utilizing a simple blowback design, it was robust and reliable in the harsh conditions of Israel. Constructed of stamped steel with very few parts, the Uzi was inexpensive to build and easy to maintain in the field. With its fixed wood stock and 10-inch barrel, it was a very handy weapon. Rugged and simple iron sights made it an excellent close-quarters weapon. 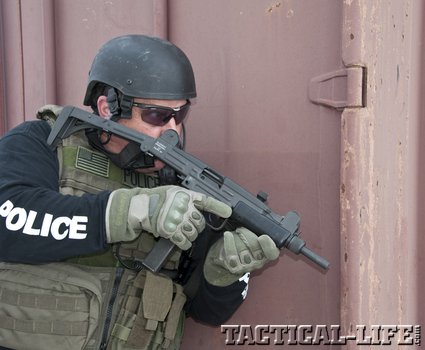 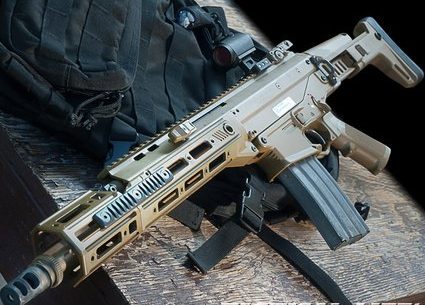 The Uzi, a submachine gun once heavily used by professional units and militaries, is…