0
SHARES
0
VIEWS
Share on FacebookShare on Twitter
Two fully equipped NPD SRT officers inspect the steel fence that separates the international boundary between Mexico and the U.S. in Nogales, Arizona.

As strange as this may sound, there was a time when no steel fence separated the City of Nogales, Arizona, from the City of Nogales, Mexico. In the old days, it was a lot easier to cross the international boundary between both nations. Due to the dramatic increase in smuggling activity, including uncovering some 60 drug tunnels in the last four years in Nogales, Arizona, the border between the U.S. and Mexico is now more secure than ever before. This situation is not likely to change at any time in the future.

Any law enforcement agency that is responsible for policing a border town knows from experience that their job is complicated by the fact that criminals can easily slip back across the international boundary to freedom. While it is true that in more extreme situations the Mexican authorities have been known to cooperate with U.S. law enforcement officers, the ability to pursue and locate criminals has always been generally hampered by the presence of a border that can be quickly and easily crossed. 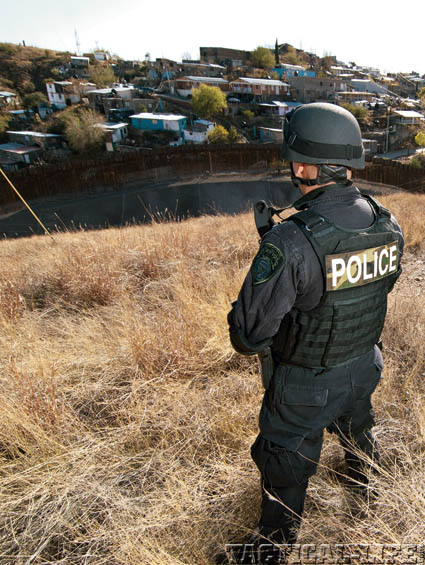 A lone NPD SRT officer looks out at Nogales, Mexico, from the high ground in Nogales, Arizona. The SRT has found their Stag Model 2s to be very reliable.

Even though Nogales, Arizona, only has a population of approximately 20,000 people, this border town is a major transportation area for railroads, vehicles and pedestrians who cross the international boundary in both directions on a regular basis. Despite the fact that tourism into Mexico has reportedly declined in recent years, Nogales, Arizona, and its sister city of Nogales, Mexico, are still tourist destinations. This means that in addition to the local population the Nogales (Arizona) Police Department has to also deal with the constant flow of tourists and cargo traffic through their jurisdiction. 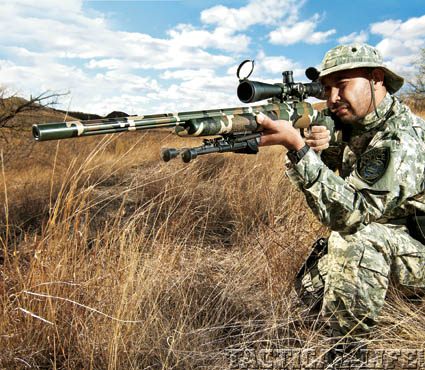 Whether patrolling the border fence, raiding drug lairs, or taking out threats from afar, Nogales PD keeps Arizona, and America, safe. Armed accordingly and trained for every scenario, these officers keep drug cartels, illegal
immigration and terrorism at bay.