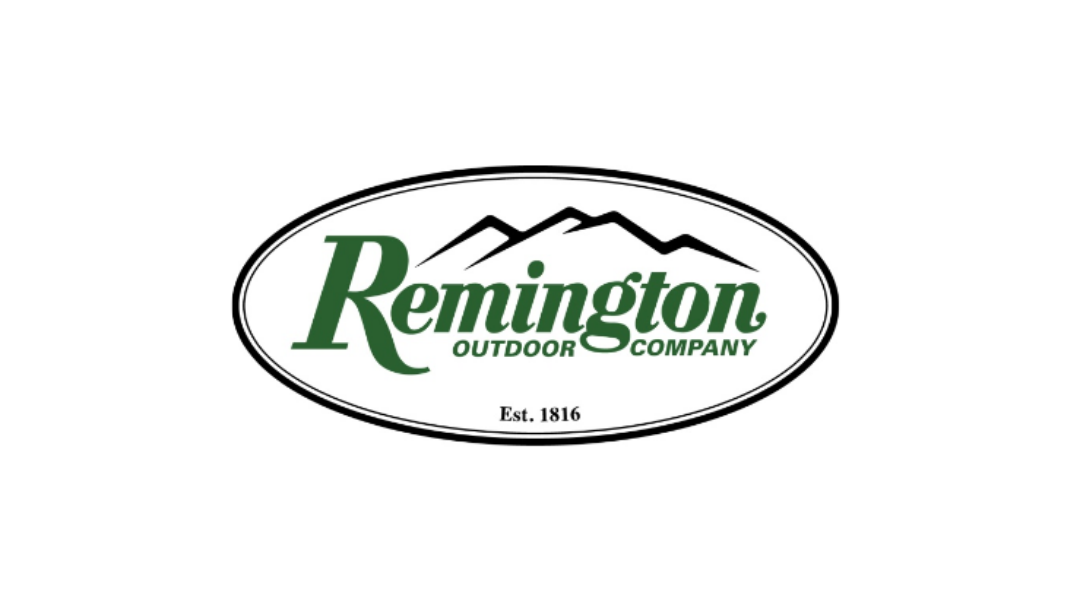 Breaking news just today: the Remington settlement with Sandy Hook families has happened for a total of $73 million. This is a major development on the ongoing wrongful death lawsuit filed in 2014 by the families of the Sandy Hook victims. 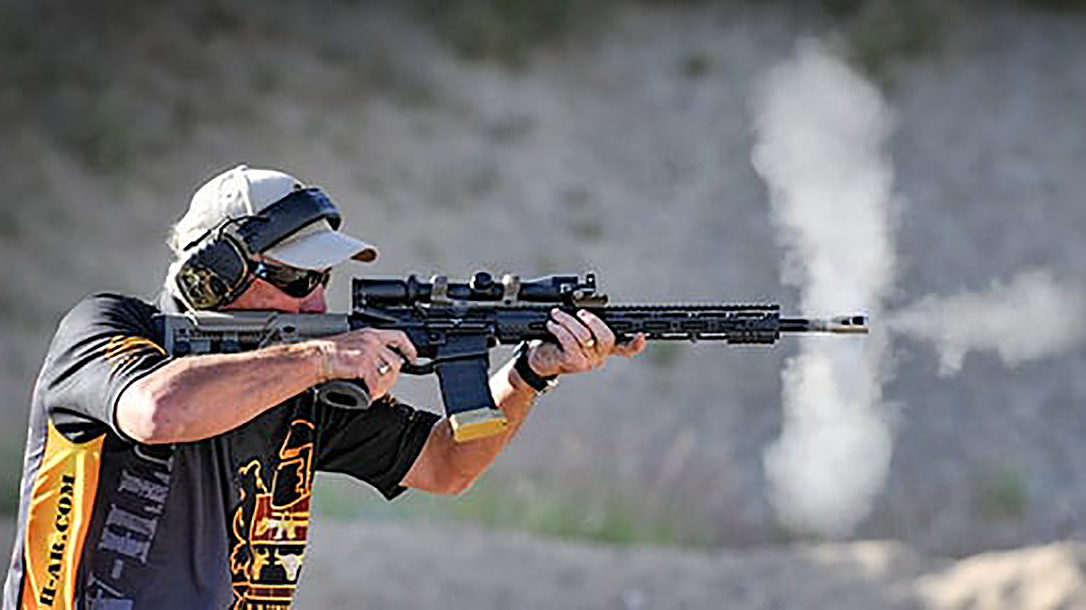 Background of the Case

In 2014, following the 2012 Sandy Hook Massacre, the families of the victims filed a wrongful death lawsuit against Remington Outdoor Company (ROC). Remington was at the time the parent company of Bushmaster, the company that manufactured the rifle that the killer stole from his mother, and then used to commit the massacre after also murdering his mother.

Normally, the Protection of Lawful Commerce in Arms Act (PLCAA) protects manufacturers from liability suits if their products are used illegally. This law provides similar protection to what an auto manufacturer receives. For example, if a drunk driver kills 5 people in a Ford, the families can’t sue Ford for negligence.

However, in the Sandy Hook lawsuit, the plaintiffs took a novel approach. The focus of their case was that Remington/Bushmaster’s marketing was in violation of Connecticut law. This law prohibits deceptive marketing practices. Their contention was that Remington was negligent by marketing a gun that promoted an image of violence. They claimed that someone like the Sandy Hook killer would be susceptible to this message. It was similar to the arguments against using cartoon characters to advertise cigarettes.

The lawsuit battled back and forth in lower courts until 2019. Eventually, the Supreme Court rejected Remington’s appeal, allowing the lawsuit to go forward. This rejection came on the heels of the Connecticut Supreme Court ruling 4-3 to allow the Sandy Hook families’ lawsuit to go forward. By basing their lawsuit in Connecticut state law they were able to effectively end-run the PLCAA.

By the time the Supreme Court rejected Remington’s appeal, the company had already filed for bankruptcy once. Less than a year after SCOTUS rejected their appeal, Remington filed for bankruptcy again. In what amounted to a fire sale, all of Remington’s assets were sold to companies across the industry. Ruger acquired Marlin, and Vista Outdoors bought Remington Ammo. Additionally, Remington’s firearms production was bought by a mysterious investor group called Roundhill Group. However, Remington Outdoor Group, the “old” Remington that existed in 2014 was still on the hook for the lawsuit.

During their final bankruptcy procedures, Remington approached the Sandy Hook families with a settlement. The proposed settlement was worth $33 million. It would have paid each of the nine families approximately $3.66 million. The families rejected the offer. According to lawyers for the families, they rejected the settlement in order to acquire more documents through the discovery process. Their goal was to “obtain enough documents and take enough depositions to prove Remington’s misconduct.”

Today, representatives for the plaintiffs announced they had reached a settlement with Remington Outdoor Company for $75 million. This number is the maximum amount that Remington’s four insurance carriers could fund. The list of insurers includes Ironshore, owned by Liberty Mutual, James River Insurance Co., Chubb Ltd. and Swiss Re.

Although a $73 million settlement isn’t as damaging as the potential $1 billion in damages could have been, it also represents a new development in the ongoing legal battles over gun ownership. Because of this case, there’s now legal precedent that manufacturers can be sued over their marketing practices. In fact, this is already happening. New Jersey is pursuing action against Smith & Wesson based on S&W’s marketing.

The Current State of Remington

Because the settlement comes from “Old” Remington, the current operations of Remington Ammo and new Remington won’t change. Both brands are under new ownership that is independent of old Remington Outdoor Company and not part of the settlement.

The National Shooting Sports Foundation (NSSF) issued a statement on the settlement. It clarifies this settlement decision came from outside the firearms industry, with insurance companies choosing to settle rather than pay to fight. It further points out no gun industry admission of guilt, no evidence implicating Bushmaster of wrongdoing, and the continuing strength of the Protection of Lawful Commerce in Arms Act:

The decision to settle in the Soto v. Bushmaster case was not made by a member of the firearms industry.  The settlement was reached between the plaintiffs and the various insurance carriers that held policies with Remington Outdoor Company (ROC), which effectively no longer exists.

As part of bankruptcy court proceedings, the assets of ROC were sold at auction in September of 2020.  Remington Outdoor Company, which owned the Bushmaster brand, effectively ceased to exist as a going concern.   The lawsuit, however, continued against the estate of the Remington Outdoor Company, essentially ROC’s insurers and their insurance policies in effect at the time.

The settlement also does not alter the fundamental facts of the case. The plaintiffs never produced any evidence that Bushmaster advertising had any bearing or influence over Nancy Lanza’s decision to legally purchase a Bushmaster rifle, nor on the decision of murderer Adam Lanza to steal that rifle, kill his mother in her sleep, and go on to commit the rest of his horrendous crimes. We renew our sincere sympathy for the victims of this unspeakable tragedy and all victims of  violence committed through the misusing of any firearm. But the fact remains that modern sporting rifles are the most popular rifle in America with over 20 million sold to law abiding Americans and rifles, of any kind, are exceedingly rarely used in crime.

The Connecticut Supreme Court wrote in its Soto v. Bushmaster (4-3) opinion, “[T]he plaintiffs allege that the defendants’ wrongful advertising magnified the lethality of the Sandy Hook massacre by inspiring Lanza or causing him to select a more efficiently deadly weapon for his attack. Proving such a causal link at trial may prove to be a Herculean task.”  NSSF believes the Court incorrectly allowed this one claim to go forward to discovery. We remain confident ROC would have prevailed if this case proceeded to trial.

Finally, this settlement orchestrated by insurance companies has no impact on the strength and efficacy of the Protection of Lawful Commerce in Arms Act (PLCAA), which remains the law of the land. PLCAA will continue to block baseless lawsuits that attempt to blame lawful industry companies for the criminal acts of third parties. 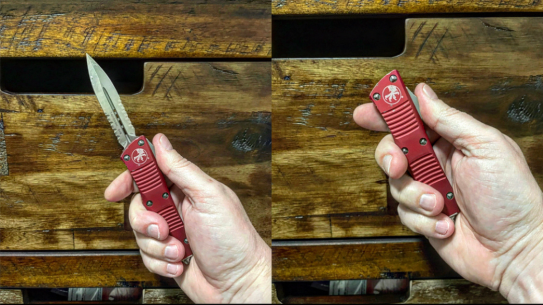 Admit it, you though the automatic knife in John Wick 2 was awesome, right?...