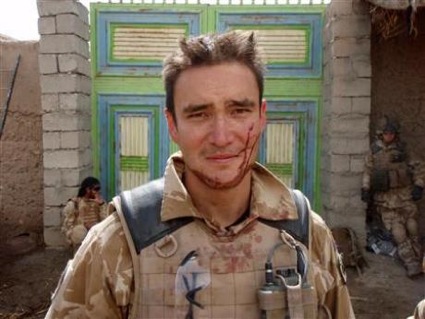 Rifleman James McKie from Recce Platoon, 3rd Battalion The Rifles was under fire from three directions on a roof when the grenade hit his platoon commander and landed at his feet.

“My first thought was I hope this doesn’t hurt too much,” the New Zealander said. “That, and I’ve really only got one chance to do this.

“If it fails, either way, doing nothing, I’m going to get the same amount of hurt. So I picked it up and threw it off the roof.”

A media statement from The Rifles at Camp Bastion in Afghanistan, which carried McKie’s account, said his actions helped to save the lives of his commander and one other soldier who were involved in a fire-fight in the Sangin area of Helmand province, where six British soldiers have been killed in the last week. “We were in a high position on a compound roof,” McKie went on. “There was no way you could throw yourself off and not get injured, so I made a decision to pick up the grenade and throw it off the roof.

“I tried to throw it properly, to clear the roof. I didn’t want to do it half-arsed and have them throw it back at us or anything like that.

“I remember thinking that if I didn’t pull this off, it was going to hurt. But at that stage I was pretty much committed.”

McKie sustained fragmentation injuries to his right arm and face as the grenade exploded mid air, close to where he stood.

Fragmentation also hit his Platoon commander Captain Graeme Kerr who received leg injuries and who is recovering at Selly Oak Hospital in Britain.

“In retrospect, people keep telling me how brave I am, which I’m slightly embarrassed about,” said McKie, who previously served in the New Zealand army.

Read the rest of the story at Reuters.com. 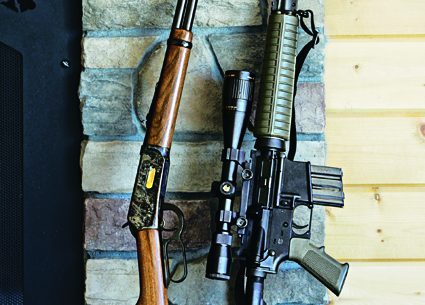 Rifleman James McKie from Recce Platoon, 3rd Battalion The Rifles was under fire from…