David Cundall, 62, has spent £130,000 ($200,000) of his money, visited Burma 12 times, persuaded its secretive regime to trust him, and all the time sought testimony from a dwindling band of Far East veterans in order to locate the Spitfires.

His treasure hunt was sparked by little more than a throwaway remark from a group of US veterans made 15 years ago to his friend and fellow aviation archaeologist, Jim Pearce.

Mr Cundall said: ”They told Jim: ‘We’ve done some pretty silly things in our time, but the silliest was burying Spitfires.’ And when Jim got back from the US, he told me.” 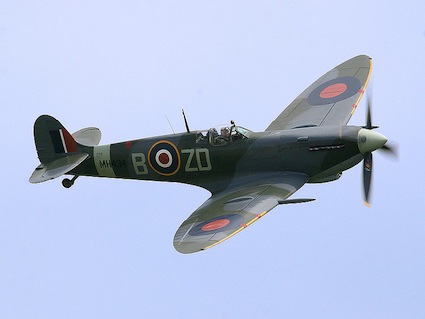 Fox News reports:
Like a treasure chest stuffed with priceless booty, as many as 20 World War II-era Spitfire planes are perfectly preserved, buried in crates beneath Burma — and after 67 years underground, they’re set to be uncovered.

The planes were shipped in standard fashion in 1945 from their manufacturer in England to the Far East country: waxed, wrapped in greased paper and tarred to protect against the elements. They were then buried in the crates they were shipped in, rather than let them fall into enemy hands, said David Cundall, an aviation enthusiast who has spent 15 years and about $200,000 in his efforts to reveal the lost planes.