In a rare public remark, the head of Britain’s spy agency said that British agents had stopped Iran from acquiring nuclear weapons as early as 2008. But despite the spy agency’s efforts, the Islamic Republic is two years from getting an atomic arsenal, MI6 chief Sir John Sawers said.

If this happens, Israel and the US are likely to take, or seriously consider, military action against Iran, he added.

“The Iranians are determinedly going down a path to master all aspects of nuclear weapons; all the technologies they need,” Mr. Sawers said, according to The Telegraph. “It’s equally clear that Israel and the United States would face huge dangers if Iran were to become a nuclear weapon state. … I think it will be very tough for any prime minister of Israel or president of the United States to accept a nuclear-armed Iran.”

Sawers – who was “once the ranking British diplomat on the Iranian nuclear issue,” according to The New York Times – made the remarks at a recent gathering of 100 senior British civil servants in London. It was his second public address since taking the helm of MI6 in 2009, reports Agence France-Presse. 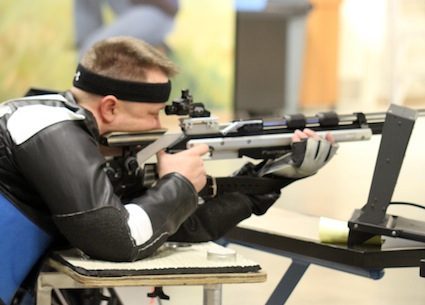 In a rare public remark, the head of Britain’s spy agency said that British…