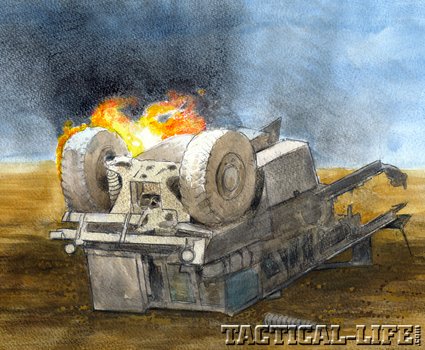 It’s not unusual for Marines to call each other “brother.” But several Leathernecks who served in Afghanistan with the 1st Battalion 23rd Marines (1/23, a USMC Reserve unit based in Houston, Texas) gave full meaning to the term. These men were brothers in every sense of the word, not just in arms. Five such pairs blood brothers served with 1/23 in Helmand Province. They were the Lone Star Battalion and had been in the thick of the fight in Afghanistan. The entire team made it home intact. The unit had trained at Camp Pendleton, with a heavy focus on IED defense. In Afghanistan, they survived many IED explosions, one of which was so powerful it threw a 17-ton MRAP through the air.

Like all USMC reserve units, 1/23 is a real Marine outfit whose mission is to provide trained combat support personnel to the active component. These soldiers “locate, close with, and destroy the enemy by fire.” In other words, their mission is to be Marines. The specific mission of 1/23 in Afghanistan, aside from patrolling and security work, was to work with and train Afghan security forces and to develop their nation-building tasks, things the Marines have proven adept in.

In July 2011, Alpha Company, 1/23 and the Afghan Uniformed Police led a mission in Delaram that was arguably the largest confiscation of opium poppy seeds in history. Nearly 500,000 pounds of seeds were confiscated in southwestern Afghanistan during the joint raid by NATO and Afghan National Security Forces. The Lone Star Battalion had ranged all over Helmand Province from their base at Camp Leatherneck. As President Reagan noted, they will never have to wonder if they made a difference.

No strangers to the sandbox, Corporal Daniel Beans from Gainesville, Florida, and Lance Corporal Joshua Beans from Tampa, Florida, served together in Iraq in 2009. The Beans brothers weren’t home from Iraq very long when they decided to go to Afghanistan together. The surge had been announced, but their Marine Reserve unit in Florida was not scheduled to deploy—the 1/23 in Texas was. The two men moved to Texas to “start a lawn maintenance business in Plano.” It just so happened that that move enabled them to join the Lone Star Battalion.

“We kinda felt like we had something to give back to our country. You know, we saw the legacy that we were handed down. And we kinda realized, but without being pushed, that, you know, there’s so many other people that have given so much more than we did that we can enjoy the life that we enjoy,” they told 60 Minutes. “It was like being with your best friend, you know…we lived in a little mud hut…for seven months.” CBS’ Lara Logan asked them, “That’s a lotta trouble to go to, to go and fight in a war that not many Americans believe is worth fighting these days?” Daniel Beans replied, “That’s the great thing about America. Everybody’s entitled to their opinion.”

Four other sets of brother Marines also comprise 1/23. Gunnery Sergeant Hector Vega Cigarroa and Sergeant Francisco Vega from Houston, Texas, each have a brother in the Marines: one in the reserves and one, a drill instructor, at the Marine Corps Recruit Depot in San Diego. “I wouldn’t say that it’s a good thing that we are deploying together,” said Sergeant Vega, a rifleman with Alpha Company, 1/23. Gunnery Sergeant Cigarroa observed, “We are just doing what we need to do. I think it’s pretty incredible. Years from now, when we’re both grandfathers, we can sit there and talk to our grandchildren about it.” Like Gunnys the world over, it’s his job to make sure his men get home safe, after every mission and after deployment. With some 17 years as a Marine, he has never seen so many brothers deploying together. “It’s history in the making if you ask me. I think it’s phenomenal. I think it’s good,” he told CBS.

Lance Corporals Guillermo “Will” Hern­andez and Raul Hernandez from Corpus Christi, Texas, also deployed to Afghanistan with the Lone Star Battalion. Both riflemen, they come from a military family: their father is a Marine veteran who served in Vietnam. Guillermo joined up first, then Raul. “I don’t think there’s anyone better to keep me safe than him,” Guillermo said. “It’s a little reminder of home. It’s comforting having him here, knowing he’s safe.” The Hernandez brothers said their mother didn’t take the news too well, giving the local recruiter a good chewing out, as only a Marine wife and mother can.

Lance Corporals Jonathon Faseler and Matthew Faseler from Jourdanton, Texas, used to play guns a lot when they were kids. Now John is the tail gunner on an M240B, and Matthew is an assaultman with Charlie Company, 1/23. Jonathon was injured during training, but the two linked up later.

Lance Corporals Cody Henrichsen from Houston, Texas, and Bobby Henrichsen from Katy, Texas, are both riflemen with Alpha Company, 1/23, serving in the same platoon. They seemed surprised at the media coverage of the sibling warriors of the Lone Star Battalion.
Commanding Officer Lieutenant Colonel Todd Zink had reservations about deploying to combat with five sets of brothers in his battalion, even though he also has a brother in the Marines. The deal-makers turned out to be the Beans brothers, whose family, so steeped in Marine tradition, well knew how to make an appeal: their father Mark Zink was a Marine, and their grandfather and great-grandfather were both Marine Brigadier Generals. Lieutenant Colonel Zink told the Beans brothers he couldn’t face their mother if they were both lost. Prepared as Marines always are, they handed him a letter from Mark and Crystal Beans: “We understand… that both our sons could be lost or injured at the same time, but we would rather know that the two of them are together, regardless of what happens.”

Lieutenant Colonel Zink and the brothers’ company commander, Major Mark Wood, wrestled for quite a while to come up with a way to deal with protocols while staying within regulations. As responsible commanders, they needed to find a way to support deploying the brothers together into a combat zone. Their solution was reasonable, sensitive, and in the best interests of the Corps: the brothers would not be assigned to the same squad, and they would not be deployed on the same mission.

The precedent set by the Beans brothers paved the way for the other four sets of brothers in arms in the Lone Star Battalion to deploy together. 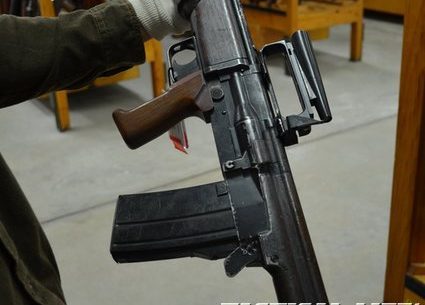 Ken MacSwan illustration It’s not unusual for Marines to call each other “brother.” But…