WASHINGTON, June 18, 2009 – Military housing has improved dramatically during the past 10 years, and the progress continues through privatization and other initiatives, a senior defense official told Congress yesterday. The fiscal 2010 budget request will bring the Defense Department’s housing inventory in the United States that is funded for privatization to 98 percent, Wayne Arny, deputy undersecretary for installations and environment, told the Senate Armed Services Committee’s readiness and management support subcommittee.

“A decade ago, we were maintaining over 300,000 family housing units, two-thirds of which were deemed inadequate by the military departments who owned them,” he said.

Arny cited the dramatic turnaround since the Defense Department received authority for the services to partner with the private sector to generate military housing built to market standards.

“The private sector responded by delivering modern, affordable housing,” he said, noting that the housing often was less costly and of higher quality than housing delivered through the military construction process.

Arny’s written remarks, submitted for the record, expounded on the benefits of privatization.

“Privatization allows for rapid demolition, replacement or renovation of inadequate units and the sale of units no longer needed,” he wrote. “Privatization also enables [the Defense Department] to make use of a variety of private-sector approaches to build and renovate military housing faster and at a lower cost to American taxpayers.”

The military services have leveraged housing dollars by 10 to 1, with $2.5 billion in federal investments generating $25 billion in housing development at privatized installations, he explained.

And because the privatization efforts include 50 years of maintenance and replacement, where necessary, the department will avoid those additional costs.

The services are exploring ways to build on this effort to deliver improved housing to a larger military population.

“We have seen innovative concepts where the Army has added bachelor officer quarters and senior enlisted bachelor quarters to its existing family housing privatization projects,” Arny told the senators at yesterday’s hearing.

Meanwhile, the Navy is focusing its unaccompanied housing privatization efforts to bring shipboard junior enlisted sailors ashore, Arny said. Pilot projects already have been awarded in San Diego and in Hampton Roads, Va., and a third being considered in the Jacksonville-Mayport area of Florida.

“Both of the awarded Navy pilot projects have demonstrated that, with partial basis allowance for housing authority, privatization of single, junior enlisted personnel housing is less costly on a lifecycle basis than traditional government-owned model,” Arny said.

“The pilot projects have also demonstrated that through privatization, single family members can enjoy a quality living environment more equitable with housing for their married counterparts and commensurate with the sacrifices they are asked to make,” he said.

Arny emphasized the importance of these efforts in improving military members’ and their families’ quality of life.

“Access to quality, affordable housing is a key factor affecting servicemember recruitment, retention, morale and readiness,” he told the senate panel. “Through privatization and increases in housing allowances, [the Defense Department] has made great strides in increasing servicemembers’ housing choices.” 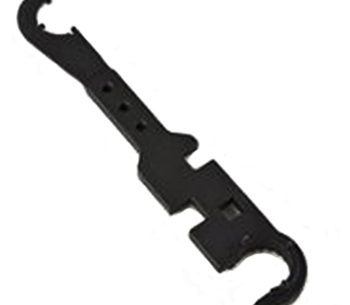 WASHINGTON, June 18, 2009 – Military housing has improved dramatically during the past 10…