By some reports as many as 100 million AK-47-based rifles have been produced worldwide, far more than any other gun in history. AKs are still being made with the basic post-World-War-II design being largely unchanged. This is a testament to the rifle’s inherent reliability, durability, ease of use and simple economical construction, not to mention its efficacy in war. These same qualities drive the AK’s popularity in the U.S., though our own AR rifle still ranks higher. For some the AK’s design, which was based on the utilitarian needs of a ruthless, efficient Soviet empire, is a little lacking in ergonomics and consumer-friendly features. Fortunately our free-market system and good-old-Yankee ingenuity have produced aftermarket accessories that transform stock AKs into more tactical weapons. 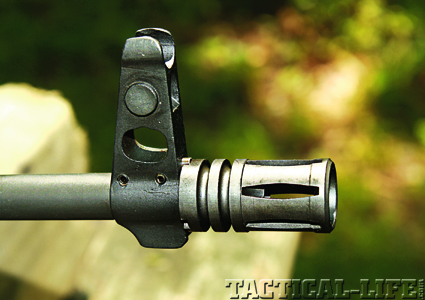 The TAPCO flash suppressor is a big improvement

I began with one of the few U.S.-made AKs around: the I.O. INC SPORTER rifle (ioinc.us; 866-882-1479). This semi-automatic gas-operated long-stroke piston-system rifle is chambered in the traditional 7.62x39mm and has a construction drawn directly from Polish AKM blueprints.

The first improvement most shooters make to their AKs is installing a suitable optic, either a red-dot holographic sight or one with magnification. The iron sights on the SPORTER are the utilitarian notch-and-post variety without a top Picatinny rail, similar to the sights of most AK variants. The SPORTER shares another feature with other AKs: a left-side steel CNC-machined scope mount. But this is not ideal. 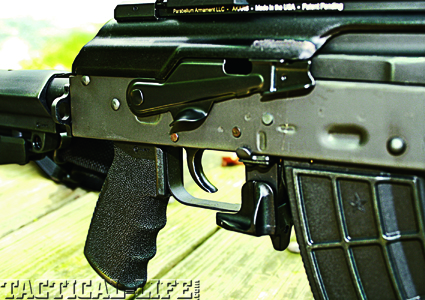