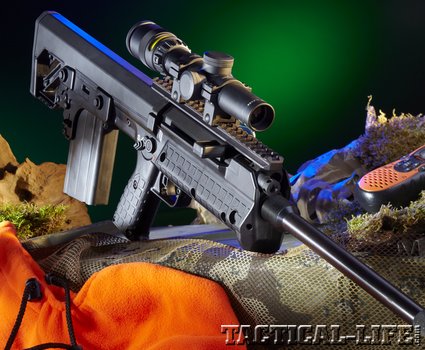 When putting a big buck down for keeps, tight cover and rough terrain are no match for Kel-Tec’s RFB Hunter. Matched with a Trijicon Accupoint 1-4x scope, it’s as deadly accurate as it is lightning fast.

I’m a whitetail deer hunter. Period. Try as you might, you can’t pigeonhole me into a “type” of deer hunter. I’m not a bowhunter. I’m not a blackpowder hunter, nor a conventional rifle- or pistol-toting deer hunter… just a deer hunter. I adopted a philosophy early on that I was up for practically any legal manner and means, as long as it put me in the woods in pursuit of these magnificent creatures. For instance, early on in bow season 2012, I killed a particular mature buck that was on my radar, but would have been just as tickled to kill him with any other legal weapon.

Now that you have a handle on my particular philosophy on deer hunting, you might guess that I didn’t have any heartburn when the pendulum swung in the direction of hunting whitetails with “modern sporting rifles,” a.k.a. AR-platform rifles. So when I was offered the opportunity to put Kel-Tec’s new bullpup rifle through its paces as a deer-hunting rig, my initial thought was “heck yes!” 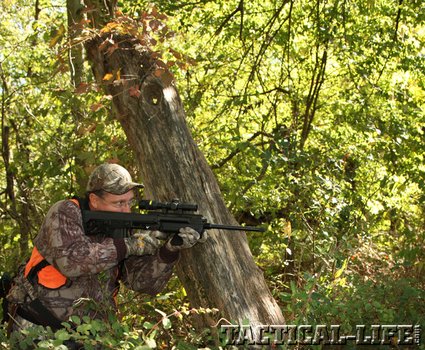 Although my familiarity with bullpup rifles is nowhere near as extensive as other designs, I’m not exactly green as a gourd when it comes to their makeup. It hasn’t been very long ago that the now-defunct Sabre Defence manufactured the Steyr AUG in Nashville, Tennessee—about 8 miles from my house. I was able to get a close look at the internal workings of these marvels of engineering imagination, but never considered deer hunting with one. The reason I didn’t make the connection is that previously, all bullpup carbines were chambered in 5.56 NATO or something similar in power. When Kel-Tec introduced their RFB (Rifle Forward-Ejecting Bullpup) in .308 Winchester, it certainly qualified as a potent deer-hunting rig. 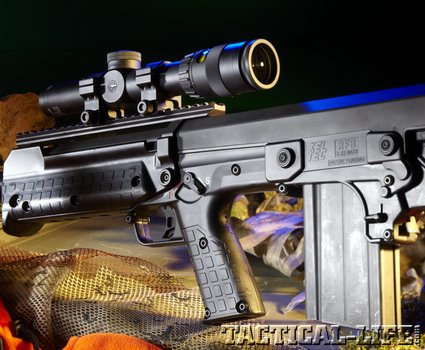 Air Force drone finds its way to the Florida Keys

When putting a big buck down for keeps, tight cover and rough terrain are…