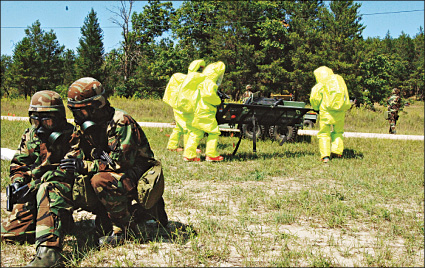 Weapons of Mass Destruction (WMD) is a buzzword, especially within Homeland Security arenas, but how many police agencies really believe that they need to be concerned about a WMD in their jurisdiction? As law enforcement officers try to accurately address the threats that they face, few actually consider the threat of a nuclear device. The terrorist threat, as in any threat, is really reduced to two questions: 1) Is the threatened action possible? 2) Is the threatened action probable? In fact, while the recent train derailment in Russia appears to undersvore the dangers of terrorist attacks with conventional explosives, it also reinforces the fact that there is a constant threat of terrorist attacks requiring constant vigilance on our part. As threats are identified, dirty bombs have gained a great deal of attention. The term “dirty bomb” is used to refer to an RDD (radiological dispersal device), a device that combines radioactive material with a means of dispersal — often being conventional explosives. A dirty bomb is not a nuclear bomb, the result is not a nuclear explosion, and the radioactive material does not enhance the explosion.

The most deadly sources of radiation in an RDD would be weapons-grade plutonium or uranium and spent nuclear fuel. These sources contain significant levels of alpha and beta radiation, in addition to gamma radiation. This highlights the need for a comprehensive approach to the issue of radiation detection, including portal and perimeter monitoring at borders, shipping facilities, and public gathering places to provide additional assurance that our environment is safe and to alert law enforcement and public safety officers when that safety is threatened. 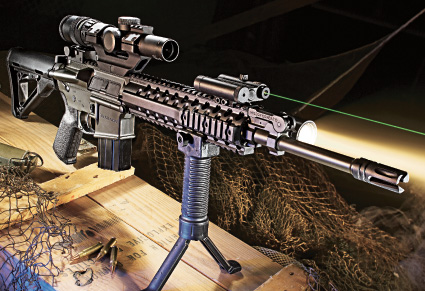 Weapons of Mass Destruction (WMD) is a buzzword, especially within Homeland Security arenas, but…