MONTGOMERY, Ala., Aug. 26, 2009 – The U.S. military must leverage information technology to deliver capabilities to the battlefield and needs to catch up with technology before the nation falls behind in cyberspace, the vice chairman of the Joint Chiefs of Staff said here Aug. 24.

Most military capability has been built in reaction to known threats, the general said, but information technology can change that by providing processing power and storage that allow more comprehensive predictive analysis to the battlefield.

Cartwright compared manned fighter jets to unmanned systems, admittedly hitting close to home for the audience of airmen. “A fighter has — among other things — radar, and it carries bombs and missiles,” he said. “The radar detects a target and feeds the information to the bomb or missile. It hits the target, and everything else that was detected or known by that platform is thrown away.

“If the enemy changes the target or affects the detection,” he continued, “the platform is unusable, and we don’t know what happened for several series of sorties, and events and days and weeks and months. Then, when it’s time to change [the aircraft] because we’ve figured out what the adversary’s doing, an upgrade can usually take years, because we want to make sure we’re doing it perfectly the first time. Meanwhile, the enemy has moved on.”

On the other hand, Cartwright noted, an unmanned aircraft system ““collects everything, records everything, and saves everything or [sends] it down to the ground.”

Compared to a fighter, the unmanned aircraft system is more energy-efficient and can spend more time on station, and its information processing and storage capabilities can “fundamentally change what you don’t know about the enemy,” the general said.

The growth of information technology is so rapid that the military faces a huge challenge with procurement timelines that take two years to design a platform, three years to manufacture it and another year to field it, Cartwright said. This requires a change in the military’s culture, he added.

Cartwright said that the shift in culture and policy requires leaders to be willing to accept some risk. He cited National Military Command Center in the Pentagon as an example. For decades, he said, the center relied solely on secure voice communications to reach key military and government decision makers during crises, because policy prevented the use of other communication methods. In July 2006, North Korea test-launched long- and short-range missiles, and thunderstorms in Washington caused the secure voice communications to fail.

“Decisions are made much quicker, and they are much better informed, when information can be exchanged visually and digitally,” Cartwright said, “but we have policies against it because we don’t want to risk that system being compromised. But our voice and circuit-based systems have vulnerabilities, too. Everything has vulnerabilities. The question is, how do you balance the risk and the advantage, and how do you keep moving in that environment, because it is never static?

“You have a thinking adversary who’s going to try to outwit you; who’s going to try to take away your leverage. “That’s war. That’s the business we’re in,” he continued. “So eliminating all possibility of failure is [impossible]. You get paid to work in those environments of ambiguity and diversity. You have to have fallback systems. But the resilience of networks far [outweighs] the resilience of circuit-based systems.”

Cartwright challenged the audience to consider first how information technology can help to prevent and deter warfare, but also how it can ensure that no matter what happens in warfare, the United States will win.

“These are the things I expect from you, as officers, as [military] leaders and as industry leaders: that you lead through change and find the competitive advantage for this nation and for our military,” he said. “It’s absolutely essential.” 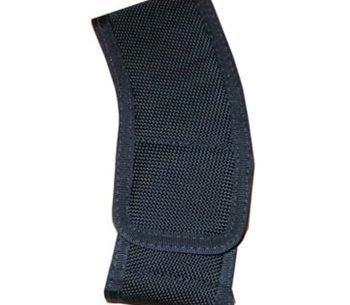