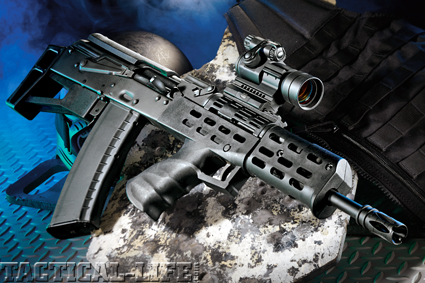 The obvious advantage of compact size without sacrificing barrel length, and thus ballistic performance, is one of the greatest attributes of the AK-74 Bullpup from Century Arms—shown here with an Aimpoint Patrol Rifle Optice (PRO).

Bullpup style rifles have always generated strong opinions both for and against. Advocates will claim that nothing more than pointless waning traditionalism is stifling bullpup-style weapons from widespread adoption, whereas detractors denigrate the weapon’s effectiveness—to the point of challenging the basic raison d’être for the design. Bullpups are firearm configurations in which the action is located behind the trigger group in the space normally solely reserved for the stock. This permits at least a 7- to 10-inch shorter firearm length for the same barrel length thus improving maneuverability, handling and reducing weight. 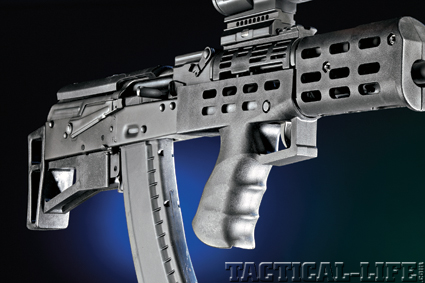 Operators must pay attention to hand placement when changing mags in relation to the pistol grip to avoid coming into contact with the back of the pistol grip.

While examples exist as far back as the early 1900’s, bullpup designs for a military role started in earnest after World War II. It was primarily the British who saw an opportunity to get rifle-like ballistic performance out of a package size that up to that point had been reserved for SMGs firing pistol caliber cartridges. The emphasis was to find one platform to replace multiple patterns of sub-machine guns and battle rifles. World War II made it obvious that the modern warfare would require the infantry to be armed with a light, compact, selective-fire weapon—with effective range of fire much greater than that of a submachine gun, but shorter than that of conventional semi-automatic or bolt-action battle rifles. The choice of bullpup design was seen as a happy medium to both retain accuracy and power while reducing overall length. 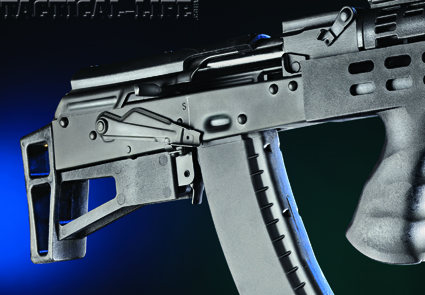 A polymer molding is used for a buttplate and encapsulates the pistol grip/trigger area, in lieu of the standard buttstock configuration.

The fact that the bullpup can be seen as niche weapon is an understatement, especially in terms of the civilian market. The obvious advantage of compact size, without sacrificing barrel length and thus ballistic performance, is one of its greatest attributes. The increasingly prevalent trend of urban combat would seem to favor the bullpup design. In the civilian realm, a bullpup is an alternative avenue to achieve short barreled rifle-like overall lengths without having to do compliance paperwork, or if you live in a jurisdiction that an SBR is not permitted. 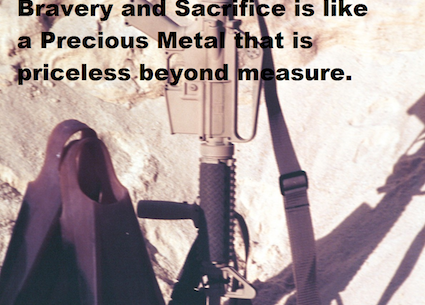