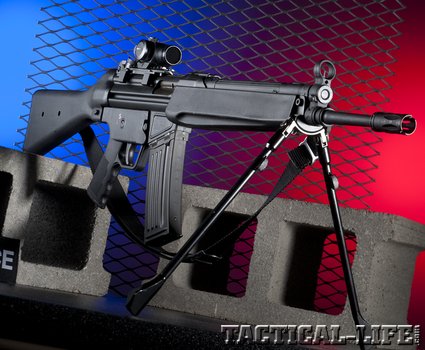 With a 40+1 capacity of 5.56 ammo and streamlined ergonomics, Century’s C93 brings European firepower to American LEOs. Shown with a Vortex SPARC

Recognizing the limitations of a handgun, patrol officers are routinely equipped with more effective shotguns and rifles. The patrol rifle, with its low recoil, light weight, high capacity and armor-defeating capabilities, has found particular favor with many, and in this sector, the AR carbine dominates. 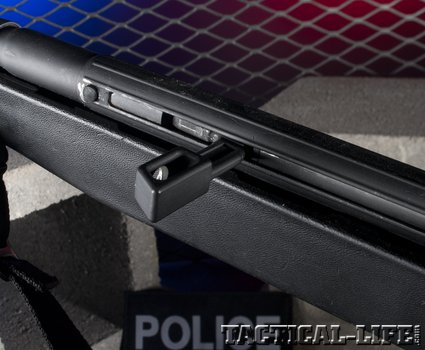 But what if you could have a reliable rifle with a higher capacity at a lower cost? Thanks to Century Arms, now you can. They have recently introduced a normally hard to find and battle-proven classic. The 5.56x45mm C93 rifle is the company’s U.S.-made, semi-auto version of the Heckler & Koch HK33 assault rifle, complete with 40-round magazines. The C93 compliments Century’s HK G3 clone, which is offered in 7.62mm NATO and is in line with the company’s many offerings, including several AK variants as well.

For almost 50 years, Century Arms has been importing and manufacturing military surplus firearms and is in fact America’s largest importer of such arms and accessories. It is downright difficult to even find a military-surplus rifle or pistol that doesn’t bear Century’s “C.A.I.” stamp discreetly placed somewhere on its receiver or barrel. 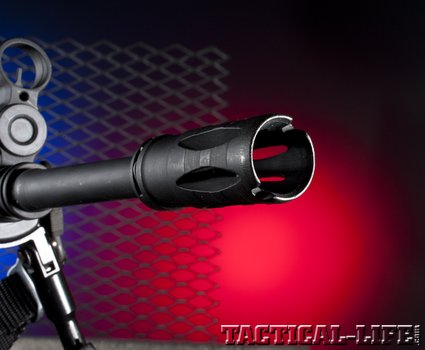 A great feature for preserving an operator’s night vision, the U.S. made C93’s barrel is capped with its original flash suppressor 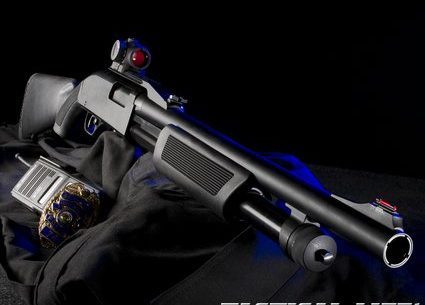 The FN P-12 shotgun is a pump-action 12 gauge built for entry operations superiority!