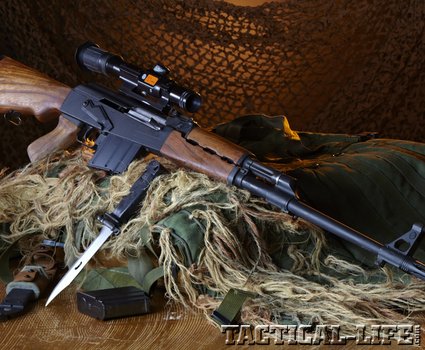 The Century Arms M76 is a true example of a battle-proven weapon and has been used to great effect as a designated marksman’s rifle. Though more tool than weapon, a standard AK-47 bayonet was also included.

A great deal of my time is spent shooting and testing designated marksman or precision rifles. The vast majority of these are of American or European manufacture. It has been rare for me to get my hands on a Russian weapon or similar system with Eastern Bloc origins. It certainly is not due to a lack of interest, as the AK series of rifles are among my favorites. The opportunity to test an AK-pattern rifle hasn’t been in the cards until now, however.

Steve Palano, a good friend of mine and true expert on anything AK-related, pointed out the need for me to give the Yugo M76 a try. He insisted it might prove very accurate and even agreed to provide some ammunition for the test. As an avid 8mm shooter using a couple of other platforms, he gave me a new perspective on the cartridge and specifically, on the M76 rifle. Luckily, Century International Arms produces a new rendition of the M76. 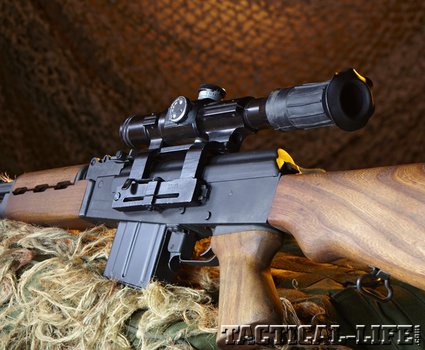 The ZRAK OM76B 4x scope uses a chevron-style reticle with a ranging mechanism that fits the DMR role well.

Yugo Origins
The Yugoslav Zastava M76 is a DMR (designated marksman rifle) released in the 1970s to fulfill the same basic role as the Russian Dragunov SVD. Unlike the SVD, the M76 is chambered in 8x57mm. This was a very popular cartridge with many countries’ militaries due to its performance and accuracy. Up until the late 1990s, Yugoslavia also used the cartridge with the SARAC M53 machine gun, which may explain the use of such an odd cartridge. This is really a license-built MG42, making it one of the most battle-proven, belt-fed machine guns around. By using the 8x57mm caliber, the M53 remains an almost exact copy of the original German MG42, one of the most feared machine guns in WWII. Given that the M53 was originally chambered in 8x57mm, Yugoslavia kept it.

Unlike many of the other DMR rifles in this genre, the M76 is really just a large AK-type rifle. It retains the same rotating bolt and bolt carrier, they are just longer and heavier. It uses a milled receiver that is upsized to work with the 8mm cartridge. The stock and pistol grip remain separate, as opposed to the thumbhole stocks seen on Dragunov rifles. It utilizes an AK-style gas piston that is attached to the bolt carrier. Another feature specific to the M76 is the operator-adjustable gas regulator that can be switched to suit different ammunition. It utilizes a 10-round magazine that is designed to hold the bolt open on the last round, similar to an M14 magazine. 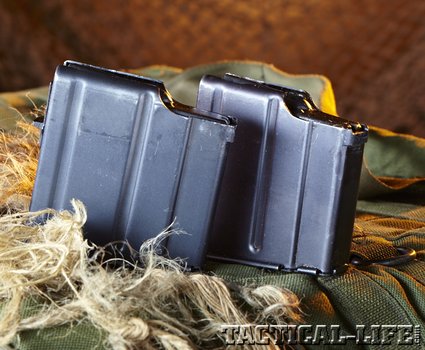 The M76 uses 10-round mags designed to hold the bolt open on the last round, similar to M14 mags. There were no failures to feed or eject during the test. 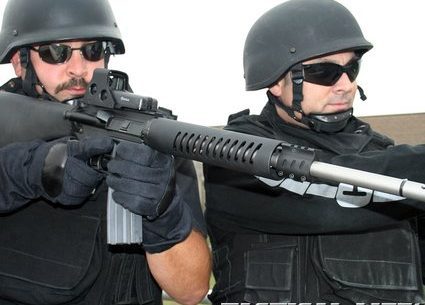