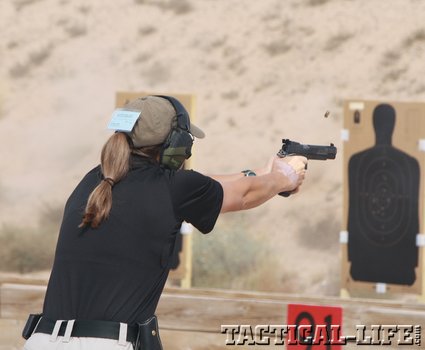 The NPSC forces officers to fire one-handed, from behind barricades and out to 50 yards – to name a few stages

Competition offers a way for officers to train and test themselves, improve their skills and learn from one another. Establishing such an official police officer competition was a natural step for the NRA’s Law Enforcement Division, which was created in 1960 to help provide certified firearms-instructor training to the nation’s police agencies. Since then, the NRA has certified over 60,000 law enforcement firearms instructors, with more than 11,000 active today. The National Police Shooting Championship (NPSC) celebrated its 50th anniversary in 2012 with approximately 600 officers gathering in Albuquerque, New Mexico, for a week of training, events and competition.

This event, originally for revolvers, has evolved to include several different events with open-class or tricked-out revolvers and semi-autos, stock service handguns and off-duty firearms. There is also a separate shotgun championship. This event is now commonly known as the Police Pistol Competition, or PPC. 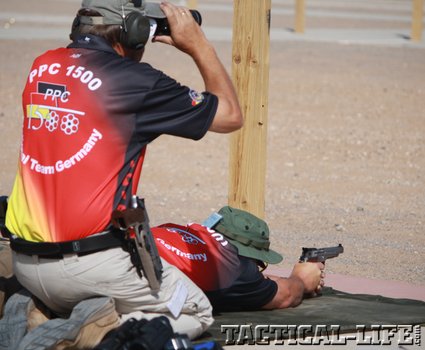 International officers from Venezuela, Germany, and Austria came to the 2012 NPSC to prove their skills from various positions

This competition is open to any full-time local, state or federal LEO as well as full-time transit police, penal institution guards, industrial or private police or guards, and police firearms instructors. Other eligible competitors include armed reserve and auxiliary officers, retired officers and, most recently, military police. International LEOs are also welcome to attend. At the 2012 championship, several officers from Germany, Venezuela and Australia were in attendance. 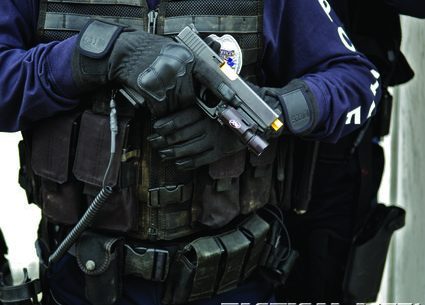 The NPSC forces officers to fire one-handed, from behind barricades and out to 50…