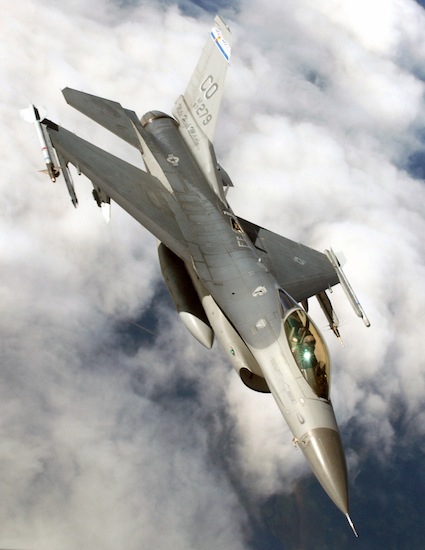 China expressed its opposition Monday to a reported deal between the United States and Taiwan to upgrade Taiwan’s existing fleet of F-16 fighter jets, even though the U.S. apparently rejected the island’s bid for a more advanced version of the plane.

Although the Obama administration has yet to issue a formal notification of the F-16 deals, two congressional aides privy to the results of a Capitol Hill briefing on the issue told The Associated Press it nixed the Taiwanese request for 66 relatively advanced F-16 C/Ds, while agreeing to upgrade the island’s existing fleet of F-16 A/Bs.

China reacts angrily to any foreign military sales to Taiwan, because it regards the democratic island of 23 million people as part of its territory. It temporarily suspended military exchanges with the U.S. last year after the Obama administration notified Congress it was making $6.4 billion in weapons available to Taiwan, including missiles, Black Hawk helicopters, information distribution systems and two Osprey Class Mine Hunting Ships.