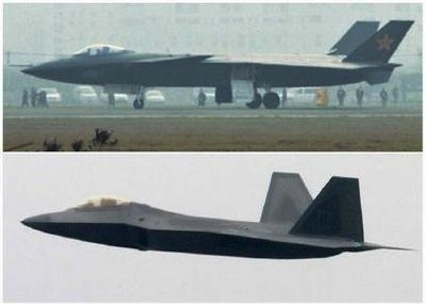 China appears to have staged a second test-flight of a new stealth fighter jet, a state-owned newspaper said on Tuesday, which if true could be another step toward narrowing the military gap with the United States.

Photographs of the J-20 stealth fighter jet prototype were circulating on online military forums, the Global Times said, but it did not confirm the flight nor the authenticity of the photographs.

The photos could not be verified by Reuters.

The popular tabloid, owned by the Communist Party mouthpiece, the People’s Daily, showed a photograph of a grey fighter plane and a caption that said “an alleged J-20 prototype prepares to take off” from an airfield in Chengdu in southwestern Sichuan province on Sunday.