ROCHESTER, N.Y., Sept. 15, 2009 – As the Army draws down in Iraq and focuses increasingly on Afghanistan, the Army Reserve chief said he’s preparing his troops for the demands likely to be made of them — and urging Army leadership to give them the predictability their dual citizen-soldier lives demand.

“We have to be very careful that we don’t jerk reserve soldiers around,” Army Lt. Gen. Jack C. Stultz told American Forces Press Service, adding that he’s been adamant in reminding Army leadership about that.

Because they have obligations to their civilian employers as well as the military, reservists can’t be asked to do abrupt about-faces without sufficient planning time, Stultz said, whether it’s dedicating them to a deployment or making a mission change.

Ideally, Stultz said, deploying units should know when and where they are going, and what mission they’ll be conducting, six months out.

“In other words, don’t have me put a unit in place, getting ready to go to Iraq, and at the last minute say, ‘No, we don’t need them,’ and turn them off,” he said. “Those soldiers are preparing their civilian lives, their jobs, their apartment leases, etc. You have to be very careful as you look out ahead and say, ‘If we look like we are going to off-ramp a unit, you’ve got plenty of time to let them know, to get their lives together.’

“Likewise,” he continued, “don’t off-ramp them for Iraq and then a month later on-ramp them for Afghanistan. Let’s be smart enough to say, ‘If we are not going to need this capability here, do we need it somewhere else?’”

Whenever he meets with Army reservists, whether stateside or in the combat theater, Stultz said he cautions them not to assume the drawdown in Iraq will have an immediate impact on them.

“I don’t want to set false expectations,” he said.

Similarly, Stultz said, Army reservists will have a key responsibility for supporting any force buildup in Afghanistan.

“One of the first requirements you have is for the enablers to get in there and establish the footprint for the combat forces to fall in on,” he said.

Stultz was here for the Sept. 12 ribbon cutting of a new Army Strong Community Center to serve reserve-component as well as active-duty families who don’t live near a major military installation. The center, the first of what Stultz said he hopes will be many community-based “virtual installations,” will support families he calls critical to Reserve soldiers’ readiness.

Stultz used his visit here as an opportunity to highlight the role not only families, but also communities and employers, play in the Army Reserve’s success.

The military signed a community covenant with the city of Rochester to galvanize community support. Stultz also welcomed two new members into the Army Reserve’s Employer Partnership Initiative, which helps the Army Reserve and civilian employers share the same skilled work force. The Builders Exchange of Rochester and Monroe County Sheriff’s Department both signed on to the program, joining more than 500 other employers around the country now participating.

Stultz said he’s been amazed by the “overwhelming” response to the employer partnership. More employers who learn about the program contact the Army Reserve every week, asking how they, too, can tap into the skills Army reservists offer, he said.

“It’s kind of like the perfect storm,” Stultz said of bringing together Reserve soldiers, their families, local employers and community leaders in a single event.

“We did the community covenant signing, so the community said, ‘We’re here for you.’ We cut the ribbon on the Army Strong Community Center that says, ‘Here is where the community can plug in [and provide support].’”

Meanwhile, the ribbon cutting demonstrated to families that the military is going to take care of them, and to reservists that if they’re deployed, they know their families have that support system in place, he said.

“What a great day for the Army,” he said. 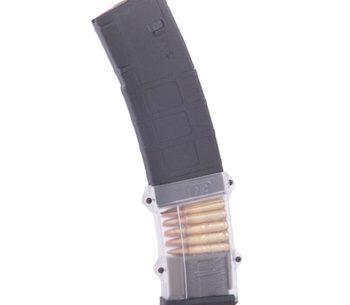