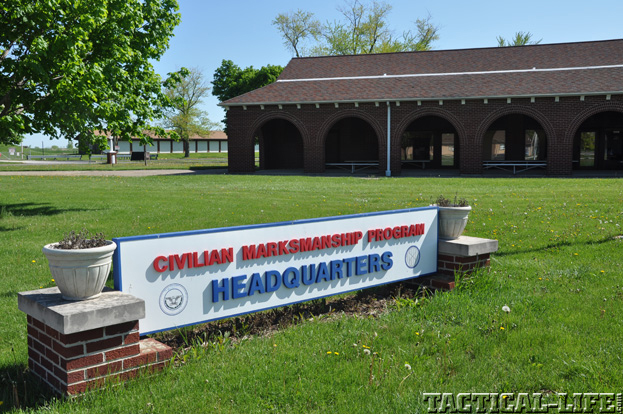 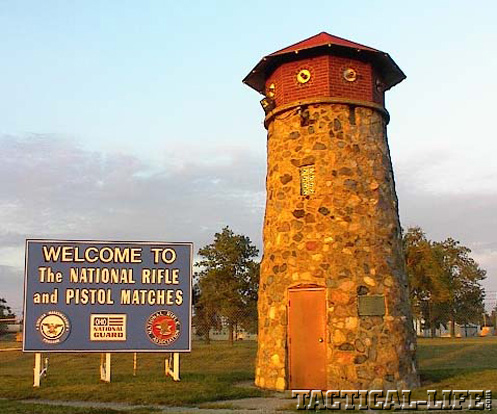 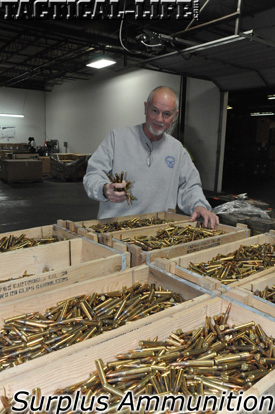 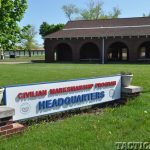 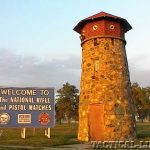 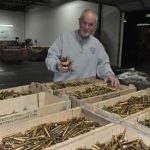 From Revolutionary War militias delivering accurate long-range (for the time) fire against British Regulars, to Sergeant Alvin York taking on and capturing over 100 German soldiers in World War I, to modern-day snipers in Iraq and Afghanistan, American marksmanship has gained legendary status. These feats of prowess, however, were and are the exception. Indeed, military marksmanship training was not a priority up to the Civil War. This directly led to the creation of the National Rifle Association in 1871 by veteran Northern officers who wanted to promote marksmanship among the general population.

The CMP
In 1903, the U.S. Congress followed suit by establishing the Civilian Marksmanship Program (CMP), to provide military arms to civilians for the purposes of practice, familiarization and marksmanship training. And if they needed to recruit them in the future, a ready pool of experienced rifle shooters would be available. First administered by the War Department and later by the U.S. Army, the CMP provides rifles and ammunition to affiliated clubs, conducts various shooting competitions and sells U.S. military surplus rifles, ammunition and accessories to qualified individuals. In 1996, Congress created the Corporation for the Promotion of Rifle Practice & Firearms Safety (CPRPFS) as an independent nonprofit organization to take over these duties from the Army.

As a high school student, it was through a CMP program that I first learned the basics of marksmanship with volunteer instructors, military-surplus .22 LR Winchester target rifles and CMP-marked military ammunition. Everything we needed was provided for us, from the shooting jackets, slings and gloves to the targets. We were drilled in four-position precision shooting using iron peep sights. Indeed, youth shooting development is one of the program’s primary goals. In order to support their mission and operations, the U.S. government donates obsolete surplus rifles to CMP, which then sells these time-worn and battle-proven yet still-effective relics to the general public. The proceeds go to support clubs, competitive shooting sports and activities like the one that started me out on the right path.

The most popular and well-known CMP-sponsored competitive event is The National Matches, held annually since 1903 (and at Camp Perry, Ohio, since 1907). There were breaks during wartime, however, when Camp Perry was used as a POW camp. The POW huts are still there and today are used for competitor housing. These matches are also held in conjunction with the NRA’s own national rifle and pistol championships, attracting over 6,000 shooters during weeks of competition each summer. During the matches CMP conducts small-arms firing schools and awards trophies to the individual and team champions. Regional championships and competitions are held at CMP-affiliated clubs around the country throughout the year as well.

CMP Mil-Surp Firearms
While many people enjoy competitive shooting, the most popular aspect of CMP is their rifle sales. U.S. military firearms retired from active service, including hard-to-find, rare and collectible samples will become available from time to time through the CMP. In the past this has included the legendary WWII M1 Garands, M1903 Springfields (from early pre-WWI samples to updated WWII guns), WWI M1917 Enfields, M1 Carbines, military and commercial .22 caliber target rifles, and commercial target air rifles.

The real attraction here is that these are not imported parts gun, but genuine military issue, checked and refurbished when needed by CMP and sold with CMP paperwork (without any annoying import marks). Many of these guns are retired from military warehouses, but that supply has largely dried up. Other guns have been returned to the U.S. government from veterans groups and had been used for drill or ceremonial purposes. Still others are guns that the U.S. had loaned to various friendly armies and were returned to U.S. stockpiles.

The eligibility requirements for purchasing guns or ammunition from the CMP are fairly basic, and the rifle can be delivered directly to the purchaser by mail without having to go through an FFL dealer. You must provide proof of U.S. citizenship and your age and be legally permitted to own a firearm. You must also be a member of a CMP-affiliated club (CMP provides a list of clubs, which anyone can easily join for a small fee via their website.) The club requirement is also satisfied if you have served in the military or are a member of a veteran’s or law enforcement organization. Finally there is a requirement that you actually shoot: This can be satisfied by submitting proof of prior military or law enforcement experience, of participation in a shooting competition, of possession of a concealed carry permit, or of other training involving live fire.

I have purchased a couple of M1 Garands from CMP myself, and the process was truly easy. Their website clearly lists what guns are available and separates them into various conditions, with the prices for each group listed. This can range from a barreled action to a rare collector’s piece. The rack-grade guns are the lowest grade for a complete rifle, but even these have been inspected, headspaced and test-fired. If ordering by mail, you will get a random pick from the category you selected, and the rack-grade guns can be pretty rough. Fortunately, CMP also operates two offices, one at Camp Perry, Ohio, and the other in Anniston, Alabama, that are open to the public. There, you are welcome to peruse the rack of rifles yourself and pick out the one you like best. CMP’s armorers will even assist you in measuring throat erosion and so forth, so you get the best deal. I went in person to Camp Perry to hand-select my next M1 Garand and found a truly nice specimen in the rack-grade section for a very reasonable price—it was a Greek Army return. I also picked up a case of inexpensive but corrosive Greek-surplus .30-06 ball ammunition in en bloc clips.

CMP will occasionally receive rare samples of other U.S. military arms, and it is well worth subscribing to their e-newsletter for news of their latest guns—I still regret not purchasing an M1 Carbine when a limited few became available at CMP a few years ago. In addition to rifles, CMP also sells rare and collectible bayonets, gear and ammunition. One of the last remaining sizable supplies of M1 Garands and carbines is in South Korea, and the current Department of State has resisted importing these back into the U.S. Hopefully, this will soon be resolved and, rather than selling the guns commercially, they will be returned to the U.S. government and then donated to CMP, as were the Danish and Greek M1 rifles before.

To learn more about this great program, get involved in competition or youth shooting activities, or get your own a piece of U.S. military history, please visit odcmp.com or call 256-835-8455. 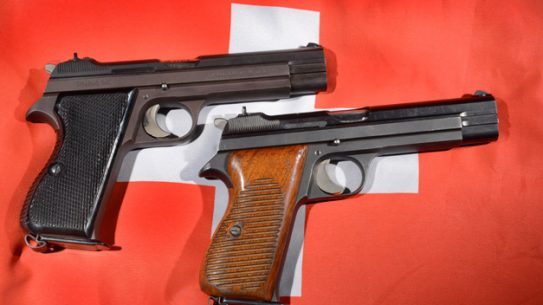