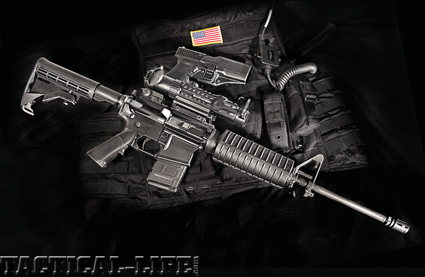 With its own reputation as a reliable LE supplier, Clyde Armory was able to work with Colt engineers to set the specifications for the Model AR6720 AR15-A4 Lightweight LE Carbine, featuring a flattop receiver and a standard weight barrel to yield a lighter fighting rifle. Leupold Mark 4 CQ/T 1-3x14mm optic shown here mounted on the AR.

By midday on June 2, 2005, the earlier rain had dissipated leaving overcast skies and a cool 66 degrees in rural North Georgia. Cool for a late spring day, Madison County Sheriff’s Deputy David Larkins and Lt. Tommy Williams were cruising in their respective patrol cars near the Harrison community. When Larkins got the call to respond to a domestic disturbance at a residence on Cheek Pulliam Road, Williams arrived seconds later for backup.

Shots rang out from a front window before Larkins could approach the house, the first disabling Larkins’ cruiser. Two more rifle shots were fired at the officers, while Larkins lobbed 12 gauge shotgun slugs at the house. As Williams opened his car door and started to exit his vehicle, Daryl Wayne Brown, then 29, took aim with his .270 hunting rifle and fired a shot through Williams’ passenger door window striking him in the left shoulder.

Outgunned, Larkin dove into Williams’ patrol car and raced backward away from the house to put some distance between them and their attacker. Brown fled out the back door of his parents’ house into the nearby woods, armed with the .270 rifle and a 12 gauge shotgun.
In the aftermath of the shooting, Williams was rushed to the hospital for treatment of shoulder and eye wounds and was later transported to Atlanta for eye surgery resulting from flying shards of glass from his patrol car’s shattered window. For the next three days several Georgia law enforcement agencies coordinated a manhunt and finally captured Brown when he surrendered to authorities. 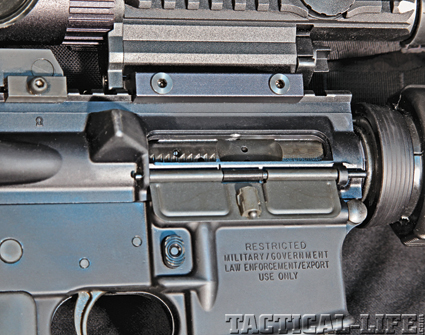 The AR6720 features a flat-topped upper receiver ready for optics, as well as the familiar dustcover at the ejection port.

According to trial testimony a year later, Brown had a long history of addiction to methamphetamines, and had been seeing “little green men with long ears” prior to the shooting. Brown was sentenced to 30 years in prison upon conviction for two counts of aggravated assault on a police officer, one count of aggravated battery on a police officer, two counts of criminal damage to property and two counts of possessing a firearm during the commission of a crime. When he testified at Brown’s trial, Williams still experienced diminished use of his left shoulder and eye.

The north Georgia shooting also had a profound effect on then Sheriff Clayton Lowe. Fearful of risking the lives of his deputies because they were potentially under-gunned, Lowe met with Andrew Clyde, CEO of Clyde Armory in Bogart, Georgia. In short order, Lowe placed an order for several Colt semi-automatic rifles to arm his deputies, as he felt his deputies needed the ability to deal with armed threats at distances greater than possible with handguns and shotguns. 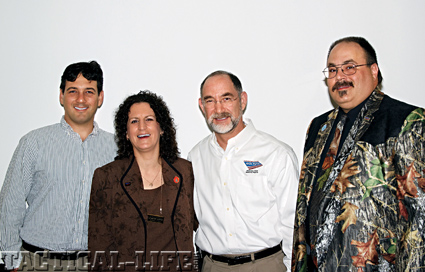 With its own reputation as a reliable LE supplier, Clyde Armory was able to…