Critics often point to the M16/AR-15’s gas system as the Achilles’ heel of an otherwise effective fighting tool. This system, called direct impingement, allows the heat of the gas to bake the carbon fouling onto the bolt and its carrier, as well as the chamber and the interior of the receiver. With heavy use, this one factor alone is enough to cause malfunctions. But throw in other elements like mud or sand and you have a recipe for disaster. Some speculate that it was this shortcoming that inspired the M16’s original designer, Eugene Stoner, to later invent the AR-180, which utilized a piston. 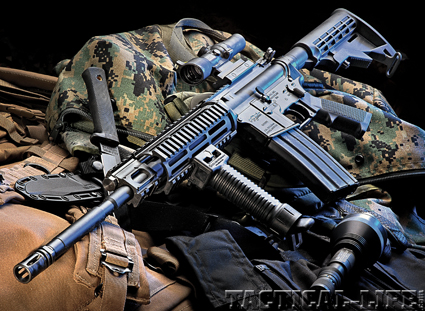 Perhaps one of the best-known weapons to use a piston-driven gas system is the AK-47—a rifle renowned for its reliability. Many companies have attempted to improve the AR-15’s reliability by adapting a piston drive gas system to the rifle. Each different than the other but they all seem to be effective in that they keep the receiver clean of fouling. The downside to these new systems is that they can be very expensive and some have a negative effect on accuracy. CMMG gas piston rifle is one obvious exception. The M4-LEP II Piston Carbine that I evaluated not only provided sub-MOA accuracy and flawless reliability, but is also among the most economical of any piston guns that I am aware of. 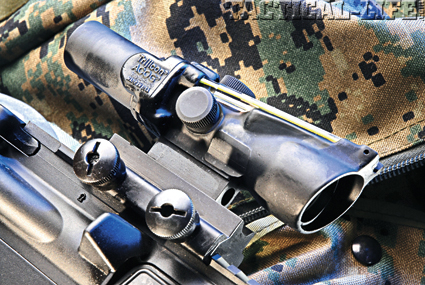 CMMG is a relative newcomer in the AR market, incorporating in 2002 and producing complete guns for only the last seven years. It is family-owned and run by people who are passionate about guns and shooting. In fact, Jeff Overstreet’s desire for an M4 that sparked a business endeavor. “I wanted a Colt M4 but was making less than $20,000 a year and had two kids and there was just no way that was going to happen, so I traded up and traded up and finally got what I wanted. My wife started keeping track of my trades and kind of came up with a formula for growth versus volume. She came to me one day and said, ‘you know what—you could do this full time and still make the same amount of money and have insurance but be doing something that you really like.’” 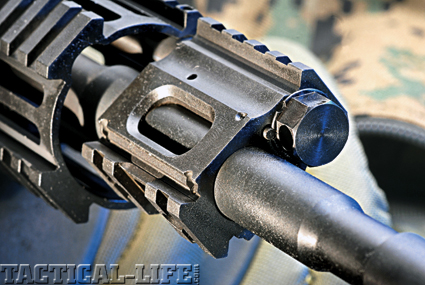 The CMMG gas block is machined from steel and uses a railed top for addition of detachable back-up iron sights.