ON BOARD THE USS CARL VINSON

The girl, whose name was not released, was injured in last week’s devastating earthquake, and was diagnosed as having a 1.2-cm (0.4-inch) chunk of concrete embedded in her skull.
The ship’s surgeon called for a neurosurgeon, which are in short supply in the region amidst the mammoth and often chaotic rescue and recovery operation.

“With the help of a CNN producer, we called CNN in Atlanta who then patched us through to Doctor Gupta in Port-au-Prince,” said the Vinson’s Deputy Public Affairs Officer Erik Schneider.
“Someone got a hold of our international desk,” 40-year-old Gupta later recalled. “They said there was an urgent call from the Carl Vinson. So I put a call in to them and there was something about a head injury.”

Assisted by Los Angeles surgeon Henri Ford and the ship’s surgeon Kathryn Berndt, Gupta pulled off the surgery between his multiple reports for the international news network on the massive quake that hit the Caribbean nation.

A Navy news report confirmed the events and added that a second operation was needed to remove a sliver of debris in the girl’s skull that the medical team could not initially reach.
The girl was “neurologically intact and there wasn?t any penetration of the brain,” said Ford, originally from Haiti.

Gupta and Ford said they anticipated the girl would make a full recovery.

“I was honored to help out,” said Gupta afterward. “I have a profound respect for the capabilities of the US Navy and the medical team on board the Carl Vinson.”

Gupta was considered for the post of President Barack Obama’s surgeon general but withdrew his name in March last year due to family and career reasons. 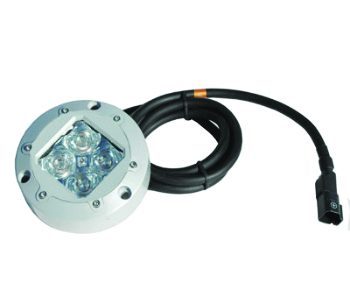