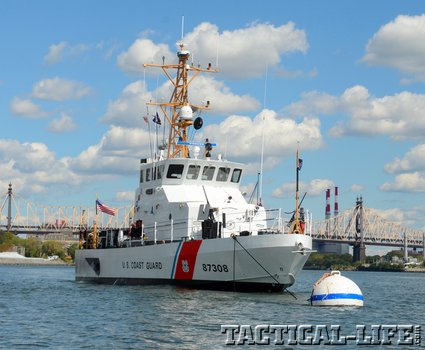 Throughout naval history, small and powerful vessels were a key element of maritime defense. From the American Revolutionary War till the present, patrol boats have been a force presence in nearly every conflict. In World War II, patrol boats were used by both the U.S. Navy and U.S. Coast Guard for a multitude of missions, including as the fabled PT (patrol boats–torpedo), as ship escorts and for anti-submarine patrols. In Vietnam the PBRs (patrol boats–river, or swift boats), used by the Navy and Coast Guard made a name for themselves with their ability to penetrate the Mekong Delta far upstream into Vietnam.

A patrol boat is a relatively small naval vessel that is generally designed for coastal defense duties. Its ability for asymmetrical use in blue, green or brown water makes it a force multiplier in any setting. Patrol boats have multi-mission capabilities that include border protection, anti-smuggling, antipiracy, fisheries patrols, immigration law enforcement and search-and-rescue operations, making them a perfect fit for the Coast Guard. 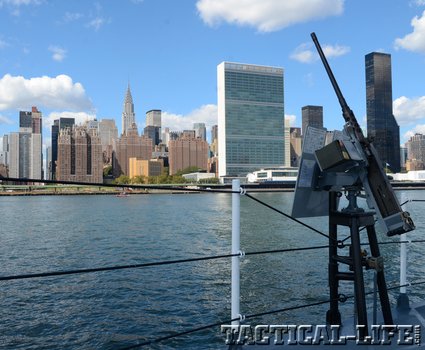 The 87-foot coastal patrol boat (WPB), known as the Marine Protector Class, is equipped with .50 caliber machine guns, bringing heavy weapons to any near shore engagement.

One of the Coast Guard’s most versatile platforms is its 87-foot coastal patrol boat (WPB), known as the Marine Protector Class. These boats are named after birds of prey or endangered fish species. According to Master Chief Joseph Beaupre, who has 22 years in the Coast Guard, there are 73 of these patrol boats in service, and “all were constructed by Bollinger Shipyard in Lockport, Louisiana, and allow an interoperability capability with other Coast Guard units.” Beaupre explained, “These vessels and their crew make up a large portion of the Coast Guard’s near [shore] and inshore response capabilities.”

The Coast Guard is unique within the U.S. military, in that it tends to give responsibilities to its junior members more quickly than other branches do. Command of the 87-foot ships is split between senior non-commissioned officers (non-commissioned officers in charge, or OINCs) and the top junior officers considered for this assignment. Master Chief Petty Officer Jeffrey Beaupre, the OINC of the 87-foot U.S. Coast Guard Cutter (USCGC) Flying Fish, said, “The 87s allow the Coast Guard maximum flexibility and response capability for all 11 Coast Guard mission.” He continued, “Starting in the last 1990s, these boats began to replace the 82-foot patrol boats, which were mostly Vietnam-era vessels, offering more capability in a larger platform. They offer a patrol range out to 200 nautical miles and allow us to stay underway for three to four days without replenishment.” Beaupre noted, “These ships are the dividing line between the Coast Guard’s small boats and large cutters, and the 87’s shallow draft allows us to work with both.”

According to the Coast Guard, the 87 is constructed with an aluminum superstructure and a steel hull. Its main deck is designed for a 25-year service life and offers several enhancements over the aging 82-foot patrol boats. Ship improvements include increased stability in open seas (up to 8 feet), upgraded quarters and comforts for 11 crew members, and better fuel economy—the Cutter burns approximately 165 gallons of diesel per hour at its max speed of 25 knots. The Coast Guard placed its original order for 50 boats in 1999, and they were delivered by mid 2002. Several additional orders brought the total to 73 ships, with the last, the USCGC Sea Fox, completed in October 2009.

Beaupre explained, “The ship’s vastly larger pilothouse is equipped with an integrated bridge system, including an electronic chart display information system, which interfaces with the Coast Guard’s new surface search radar. It is a tremendous upgrade for command and control capabilities and allows us to interface with both shore and larger afloat units.” Computers along with fiber-optic networks are also available, and each ship is able to have Wi-Fi capability installed. As mentioned, the 87-foot patrol boats are multi-mission capable, and since the September 11 attacks, a homeland security mission has come to the forefront of the Coast Guard’s missions and is usually conducted in the form of ports-waterways-and-coastal-security patrols. 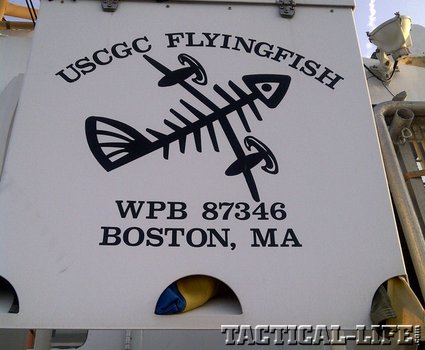 Sailors also train the Iraqi Navy on proper maritime infrastructure procedures and enforce maritime laws in the Arabian Gulf. Olson said, “A major improvement for the new ship is the stern launch-and-recovery system, allowing us to launch the 17-foot rigid-hull inflatable [RHI] for a quicker response to any situation. And having served in a very high operational tempo area, this ability to respond smoothly and quickly is a plus.”

The 17-foot RHI is an aluminum-hulled, inboard diesel-powered water-jet small boat that usually carries a crew of two or three for search-and-rescue and enforcement operations. Boarding parties can be launched on the RHI while the vessel is underway, through the cutter’s stern launching ramp. The attached rigid-hull inflatable boat (RHIB) has been upgraded since the initial inception of this class of Cutter, in an effort to increase speed and sea-state sustainability for boarding parties and rescue and assistance teams. The stern launching system requires just a single crewmember to remain on deck to launch or retrieve the boarding party.

Olson explained, “The RHI usually is manned by a two- to three-person crew, all qualified boarding officers and/or team members who can conduct the range of missions on the small boat, from search and rescue to high-threat vessel boardings.” He continued, “The best part of the 87-foot patrol boats is our ability to get into locations other ships can’t and project the Coast Guard’s presence. That ability in and of itself makes this ship an indispensible asset for the Coast Guard and all its missions.” 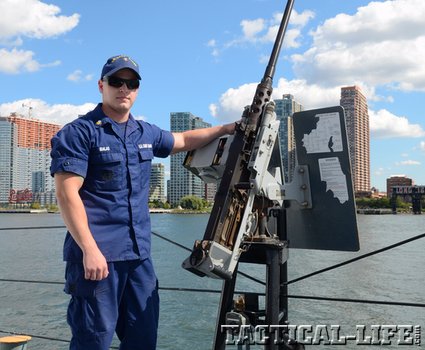 One of the Coast Guardsman under Lieutenant Junior Grade Olson’s command is Petty Officer Second Class Matt Bialas, who serves as the USCGC Chinook’s law enforcement officer and is responsible for everything that occurs on the ship’s deck. “Assignment to an 87-foot patrol boat is one of the most challenging a Second Class Petty Officer can get,” said Bialas. “Not only do I have to be qualified to run the ship when we are underway, but I also have to supervise all the ship’s deck operations and function as the ship’s law enforcement officer, responsible for everything from the training to the gear and guns.” He continued, “The 87 is armed with two .50-caliber deck guns that allow us to bring some heavy weapons to any location inshore, upstream or out at sea. For boardings of vessels during law enforcement operations, those on the crew that are qualified carry the Sig Sauer 229 DAK in .40 caliber, the M16 assault rifle and/or the Remington 870 shotgun.” He noted, “The crew also has to get qualified with pepper spray and the ASP expandable baton. Both are part of the boarding teams tool kit. As the law enforcement petty officer and the weapons petty officer, I ensure that our crew has had the most up-to-date training and is equipped with the best and most effective gear to complete each mission safely.”

When it comes to law enforcement operations, Bialas has seen it all: “We conduct everything from recreational-boater safety checks [to] boating-while-intoxicated arrests, enforce federal fishing regulations, perform counter drug-interdiction, conduct high-risk vessel security (mostly for the U.S. Navy) and perform homeland-security protective patrols of high-risk target areas.” He summarized his job on the 87-footer as follows: “Since September 11, 2001, the Coast Guard’s mission has changed greatly. We have extended our focus to include ports, waterways and coastal security, in addition to maintaining our fundamental purposes of search and rescue and federal law enforcement. We are now trained to react to asymmetrical threats that could potentially result in loss of life or property, and the Marine Protector Class Cutter is a force-multiplying asset in service to the American people.” 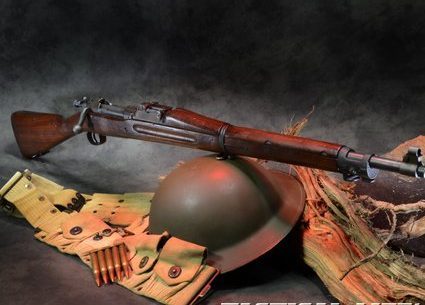