I was still in possession of a Colt LE6940 upper for testing with a Colt LE901-S16 rifle, so I decided to put it through it paces on my M16 lower. This lower is used as my duty rifle and is more in line with what most agencies have. Any agency or officer looking to upgrade to the LE6940 will likely have some sort of mil-spec lower (or a select fire, in the case of a SWAT team). A bit of time on the range should prove whether the upgrade is worth it. 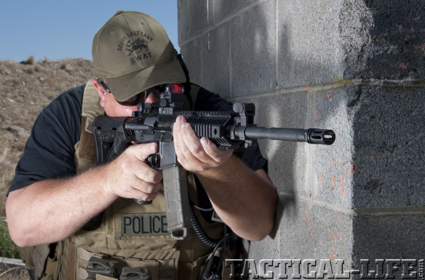 Colt’s LE6940 is a monolithic design that incorporates the forend into the upper receiver. The uppers cut from the same piece of base metal, eliminating stress areas where the two receivers meet. For agencies or operators mounting tons of accessories, this can be critical as adding lights, lasers, scopes and other combat necessities puts a lot of stress on that area. The Colt LE6940 also allows for a free-floated barrel without compromising rigidity. If there is a downside, it’s that you’re limited to that rail. 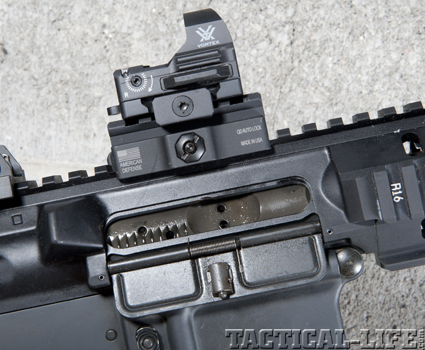 The Colt LE6940 is nicely made and comes equipped with an excellent set of iron sights. Both the front and rear sights fold out of the way for use with optics. The front sight is part of the gas block, leaving the entire rail for other accessories. I attached the Colt LE6940 to my Colt M16A2 lower, which recently had the internals replaced with factory Colt M16 mil-spec parts— an H2 buffer and spring is housed in a PWS billet buffer tube. 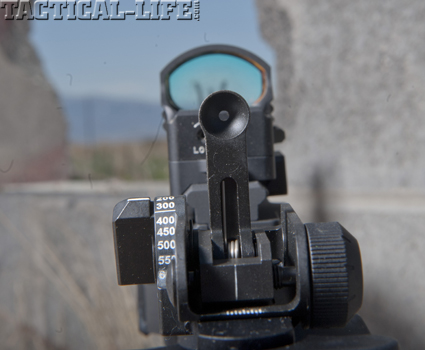 A short video shows the LE6940 in action on both semi-auto and select fire—it ran well in both conditions without a single malfunction. There are a ton of things to like about this upper. Read my complete review when the upcoming February 2013 issue of Guns & Weapons for Law Enforcement hits the stands. (colt.com; 800-241-2485)

See more pictures and video on the next page 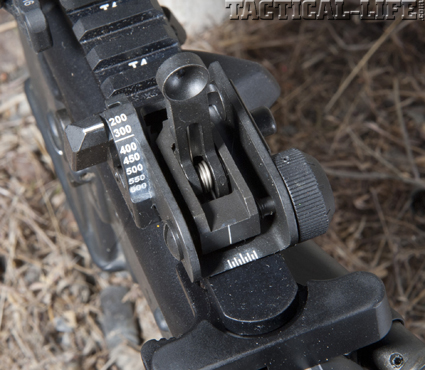 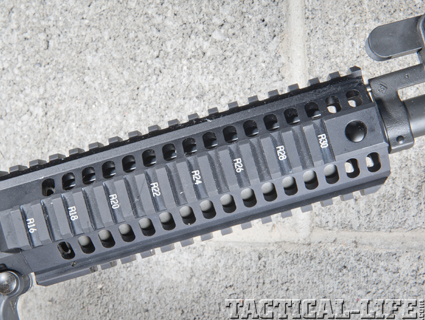 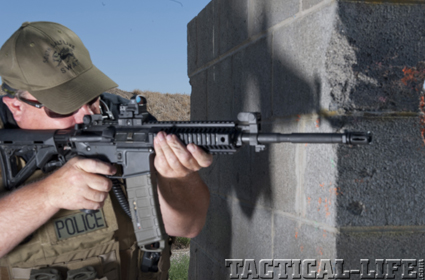