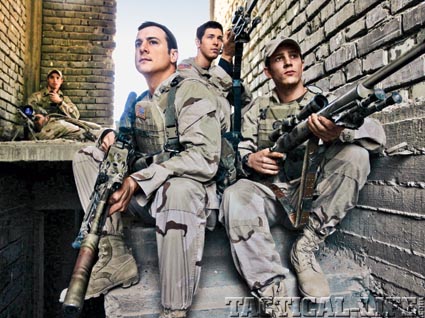 Examining ArmaLite’s new rifle next to an M14 five decades ago, we thought, “Some things will evolve, but this is the new generation. Someday it will rule.” Regrettably, those we wagered with have since passed on, but our prophecy and the AR remain. The basic AR, as perfected through a generation of field and combat use, has proven to be as seminal a rifle-design benchmark as the Mauser turn-bolt a half-century before—and new uses and new adaptations still come. What is past may be prologue, but insider information on the latest AR developments is what gives that prologue meaning, and that’s what we bring you in this issue of TW.

The original AR-10 was designed for the “new” 7.62x51mm round, and many new AR platform developments come in this capable caliber, mission-essential when 5.56mm won’t get the job done. Big players in the arena, in this case Sig Sauer, offer ARs because of user demand, and offer 7.62mm NATO for the same reason. The new SIG716 Patrol on the cover is piston-operated—spot on for agencies needing that reliable, big-bore punch. We wring it out and show you why it’s good to go.
Nowhere is the extended range of 7.62mm NATO rounds more useful than to Designated Marksmen, the precision-fire guys who maneuver with small infantry units.

Their mission is bringing deadly, accurate fire on selected targets behind cover or out of the range of basic infantry rifles. It’s no surprise many of the ones now coming online—ArmaLite’s AR-10 SuperSASS, the HK417, LMT’s LM308MWS and the LWRCI REPR—use the AR platform. We give you the inside rundown on these, plus FN’s MK20 SSR, and the M14 and M14 EBR. This issue also brings you the incredible story of the U.S. Army sniper who made the world’s longest 7.62mm kill shot in Iraq.

Also important to infantry, we get the inside scoop on a hot new development: General Dynamics’ belt-fed .338 Norma Magnum LWMMG. This next-generation machine gun weighs a scant 24 pounds yet delivers 500 rounds per minute out to an effective range of 1,860 yards. This kind of portable firepower is good news for grunts, and it’s deploying next year.

In today’s mobile warfare, getting there through hostile territory is half the battle. Army Strykers and Marine LAVs have delivered warfighters through the heat of it long enough to define where upgrades will save even more lives. We show you what they are and how they’ll be implemented.

For spec-ops coverage, we test Daniel Defense’s new MK18 SBR in 5.56mm. It’s already hit the ground running with troops overseas and now this accurate, SOCOM-born M4 is ready for civilians back home. We also turn the clocks back to WWII and give you a lesser-known story of OSS operatives behind Nazi lines in Greece. These men, though few in number, worked under the cover of darkness to wreak havoc on Hitler’s army. We tell their legendary story.

Success in today’s ever-changing engagements means receiving the best training. TW takes you to Larry Vickers’ Advanced Pistol course to torture test a Kimber Gold Combat II .45. Then we head to Raidon Tactics for the best gunfighting tips, and, if that weren’t enough, we sent our resident LE countersniper to Rifles Only for high-speed helicopter training to get the upper hand from above.

This issue is loaded with the next gen­­­­­­­eration of weapons and warriors—we even ride along with St. Louis SWAT to see how they keep the Gateway City safe. Come with us to stay on the cutting edge. 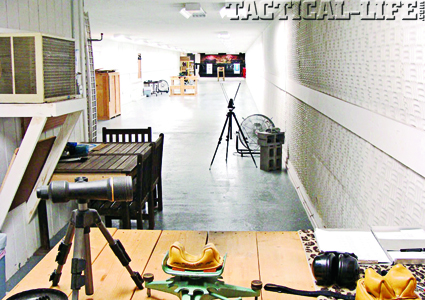