On July 28, 2008, in the Uruzgan Province of Afghanistan, a U.S. Army Special Forces ODA (Operational Detachment Alpha) that included Afghan National Army troops was ambushed near the town of Tarin Kowt by a numerically superior force of Taliban fighters.
As the firefight continued and an assessment of the situation confirmed that the unit had sustained three casualties, the commanding officer of the ODA relocated his troops to a more defensible position. The SF unit contacted the International Security Assistance Force RC-S (Regional Command-South) to re­­quest medical evacuation of their casualties, an emergency re-supply of ammunition and close air support. 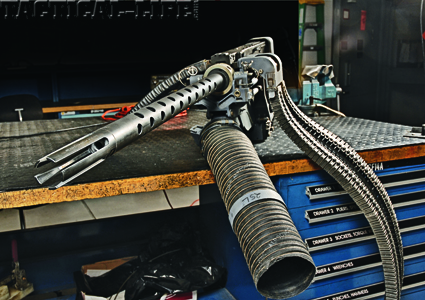 Due to the overall severity of the situation, a U.S. Air Force HH-60G Pave Hawk helicopter, call sign Shocker 21, was dispatched. It should be noted that the alternative would have been to dispatch a ground force that would take at least three hours to reach the point of contact, while having to transit areas in Afghanistan heavily occupied by enemy forces and known to be blocked with an array of improvised explosive devices.