“All Things Missile,” which started in April 2008, is a program that consolidates integrated air- and missile-defense training solutions across all military services. The partnership works to integrate multiple missile defense systems into one device that can coordinate with all of them.

The Truth Interface Unit, or TIU, takes information from different systems during training events and disseminates it to others rapidly in a synchronized manner. Exercise trainers are able to make changes directly into TIUs, which push information to systems in the field such as the Aegis long-range surveillance and track system, the joint tactical ground station and the Army/Navy transportable radar surveillance system.

Servicemembers at command cells are able to view updated information from their computer screens, tracking changes as they happen.

The proof-of-concept exercise tested the TIU’s capabilities and its initial integration with the Joint Live Virtual Construct Federation and gave participants a better idea of how to get this capability to training audiences. Previously, missile training scenarios required four separate simulations that required extensive coordination, synchronization and resources.

Pat McVay, a liaison between Joint Forces Command and Stratcom, said the partnership is making remarkable progress, noting that officials are a year ahead of schedule in getting “All Things Missile” operational. The goal is to have initial operating capability by the summer of 2011, he added.

“We determined early on that we were first going to take a lot of time to identify the problem and identify what the training requirements were and not jump to solutions, which we sometimes do too early on in the process,” said McVay, noting that the ultimate goal is full integration with the JLVC Federation. “I think we have identified those training requirements, and we are here this week, at Joint Forces Command, to finalize those requirements.”

Representatives from the Missile Defense Agency, U.S. Fleet Forces Command, U.S. Pacific Command and U.S. Northern Command attended the exercise to see progress first-hand and learn how they will integrate it into their organization’s capabilities.

“I think this project is a perfect example of how, from a joint perspective, we’re supposed to act as an enterprise,” said Greg Knapp, Joint Forces Command’s Joint Warfighting Center executive director. “Joint Forces Command’s role is the lead for joint training in a functional role, but really what that means is we have to work with the operational requirements of combatant commanders to bring in the agencies, bring in the service components, and then make sure we all work towards common solutions.”

Knapp added that finding and certifying – rather than building and developing – will bring about large savings in the project’s acquisition.

McVay noted that U.S. Central Command and U.S. European Command recently became more involved in the process, as All Things Missile looks into adding follow-on capability in the air- and missile-defense areas. 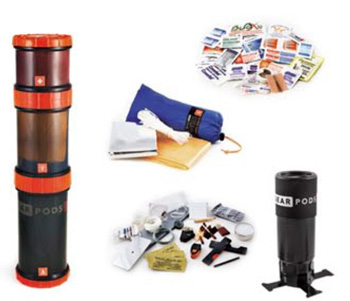