It’s hard to keep track of all the companies that build AR-15-type rifles these days. At some point in the recent past, I was visiting with someone in the gun industry and we determined that the number of AR manufacturers hovered around 75 companies. My list isn’t quite that long, but it’s close. As a result, a law enforcement officer has a dizzying array of choices when it comes to selecting an AR-based tactical carbine. 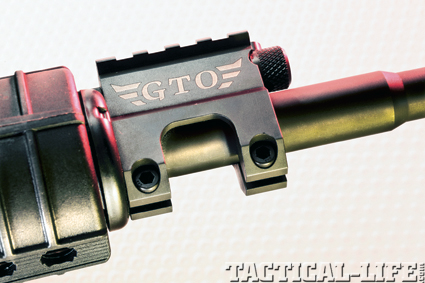 The piston system of the Core15 features a two-position regulator and theoretically runs cleaner and cooler than standard ARs.

With all of these companies in the AR business, it gets rather murky telling the difference between a gun made by Company X or Company Y. Since last summer, and by the time this issue goes to press, I will have tested 47 different ARs made by 27 different companies for this and other Harris magazines. From a distance, many of these rifles look basically the same. Even a close inspection of their operating systems makes distinction between guns difficult. At this point, you have to learn something about the people at each company to find the nuances in manufacturing that set one company’s product apart from another’s. 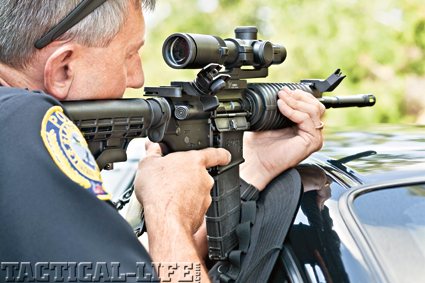 The Core15 M4 Piston offers LEOs a clean-running patrol carbine for duty use on the streets.

When I got the assignment to test and evaluate the gas piston AR made by Core15, I was surprised to find Israel “Izzy” Anzaldua at the helm. If you know Anzaldua by name, you’re probably familiar with Bushmaster. He was the director of global training and technical services for that company, but aside from a title too long to fit on a business card, Anzaldua helped create the .450 Bushmaster and the company’s Predator rifle, and created the company’s Varminter rifle. Ironically, my introduction to ARs was when I purchased a Varminter several years ago. Prior to his 22 years at Bushmaster, Anzaldua spent 10 years active in the Army as a weapons specialist (and 12 years reserve). “I was 14 years old and in the ROTC was the first time I picked up an M16,” Anzaldua was quick to add. Upon leaving Bushmaster, Anzaldua moved to the upstart Core15 Rifle Systems, which benefited from his new role as vice president of sales and business development. 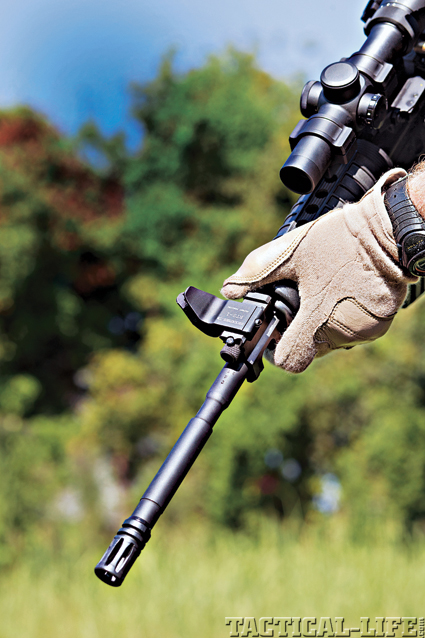 The gas block offers a section of Picatinny rail for mounting a front sight and the 16” barrel features an M203-style step down cut.