0
SHARES
80
VIEWS
Share on FacebookShare on Twitter
Benelli’s M3T shotguns issued to special ops troops are distinguished by their folding stocks. With the stock folded up and locked into the rear notch sight, the gun is a true compact CQB powerhouse.

Some years ago, I was working with a Russian special police unit that was doing VIP protection work on the side. In discussing weapons, I found it interesting that the one Western weapon with which they were obsessed was the Benelli shotgun. They were shopping around for an exporter that could get them Benelli M1s and were interested enough in its tactical employment that they asked me to do a video showing the manual of arms (which is a little more complicated than most other shotguns), speed of operation and tactical employment. What I found interesting was that the unit had Saiga short-barreled shotguns with folding stocks, which are generally considered among the best combat shotguns in the world because they employ a detachable box magazine. But, Benelli makes excellent shotguns. 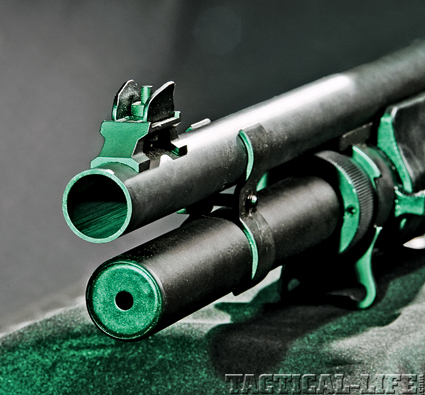 It’s easy to get the M3T on target quickly with the front sight, and its smooth action makes follow-up shots extremely fast.

Behind The Benelli
I actually remember the first time I shot a Benelli combat shotgun. It was around 30 years ago. I was driving back to St. Louis along Highway 70 when I decided to stop in Columbia, Missouri, to visit Ray Chapman at the Chapman Academy. He had just gotten a new Benelli shotgun from HK, which was the importer at the time. I believe it was the M121 model, which preceded the M1 Super 90. Ray was impressed with its speed of operation and showed me how fast he could fire it, resulting in four or five empty shells in the air at one time. We tried it on moving targets and it was very fast indeed. I immediately requested one from HK and tested it over the next few months. 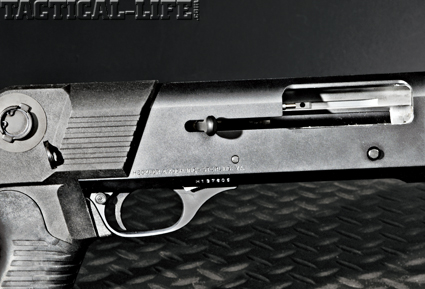 Benellis tend to run lighter and faster, but recoil isn’t excessive. To chamber a round in semi-auto, simply pull the bolt back and release.

Since that time, I’ve owned several Benelli shotguns and shot every variation, including the short-barreled ones. I like them all, but my favorite is the M3T (Tactical). The M3 or M3T is what is known as a dual-action shotgun, which means it can operate as a pump or a self-loader. Over the years, I have heard two versions of the development of this type of shotgun, both of which I believe have some truth. Some of my Italian contacts have told me that the Italian Army had a bid spec for a shotgun that could fire either less-lethal or full-power combat loads. It was intended to be used by units deployed on “peacekeeping” duties. I have also heard that the USMC was interested in a dual-action shotgun for embassy guards so they could use less-lethal ammo to disperse crowds but also have the capability to use buckshot if the crowd turned nasty. 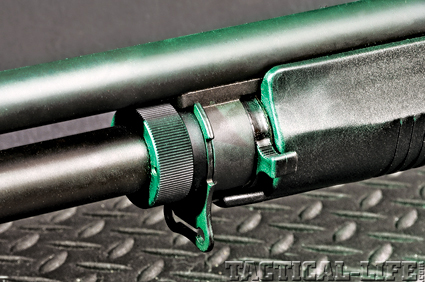 The M3T quickly converts between pump and semi modes by operating the selection lever in front of the forearm.